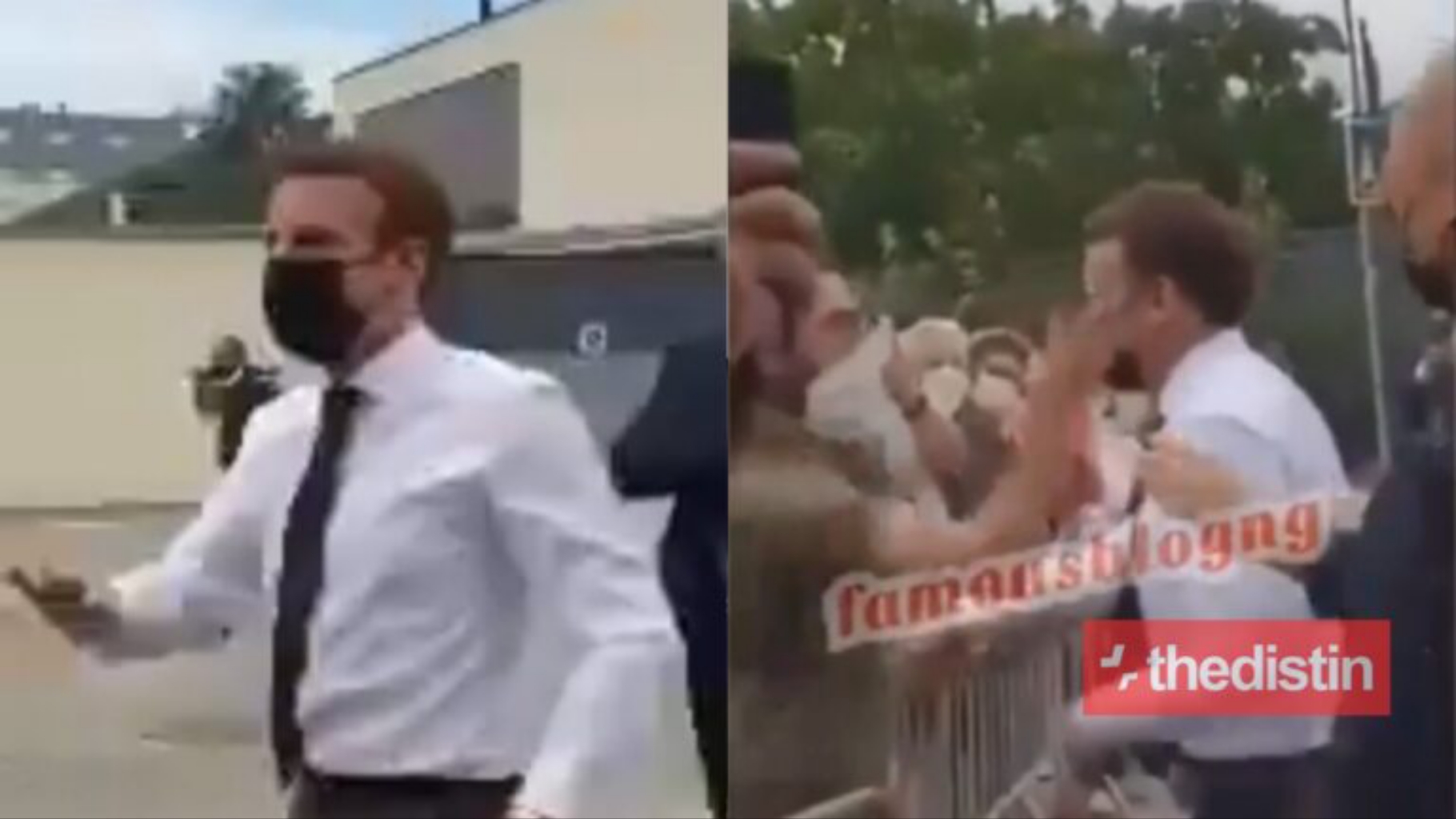 According to lawyers of man it’s been alleged that President Macron broke the covid 19 protocols by shaking hands.

In a recall, a spectator slapped President Macron during a walkabout with a crowd in Southeastern France

Two people were arrested after French President Emmanuel Macron was slapped by a man during a walkabout session with a crowd in the Drome region in southeastern France, BFM TV and RMC radio reported on Tuesday

After been slapped with 3 months suspended prison, he was also fined £1500 for assault and battery