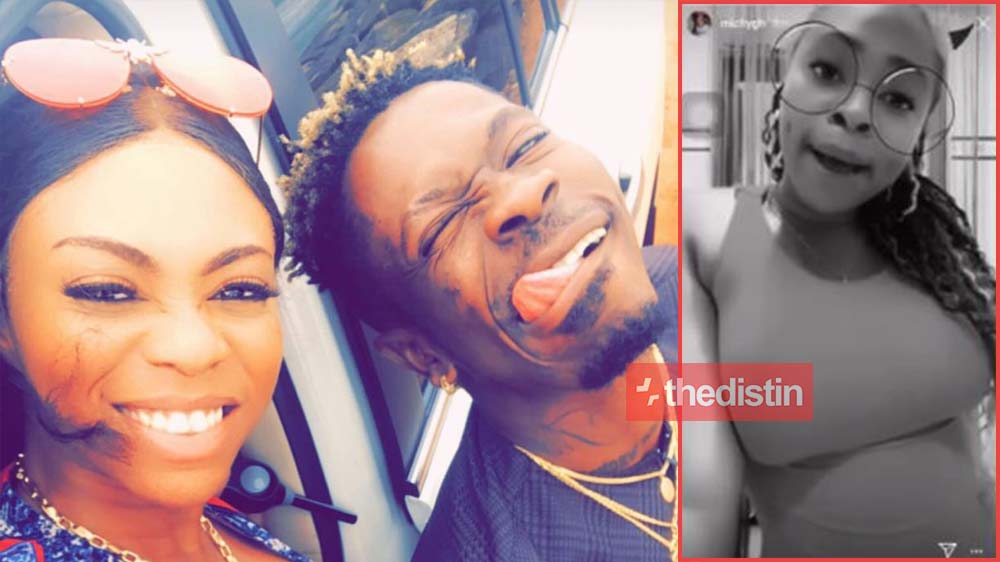 Shatta Wale’s ex-girlfriend Michelle Diamond popularly called Shatta Michy was not present at Shatta Wale’s corporate birthday party, she explains and the reason will amaze you – read till the end.

After Shatta Michy sent her heartwarming birthday message to Shatta Wale, everyone was looking forward to seeing her at Shatta Wale’s plush 36th birthday party but she wasn’t available.

Read Also: Shatta Wale’s Father And His Daughter Surprise Him On His Birthday Inside His Mansion | Video

While sharing the picture montage, Shatta Michy wrote “From fake chains to owning lanes, a birthday worth celebrating no matter how mad I am at u happy birthday @shattawalemina stripper treats will be at your gate at 11:30pm. All paid for, nuh worry”, click here to watch video.

Read Also: Delay Sheds Tears As She Recounts Her Struggles When Receiving The Outstanding Woman of the Year Award At GOWA 2020 | Video

Everyone present at the party including many who saw Michy’s message to Shatta Wale thought the former lovers will reunite at the party which was held at Shatta Wale’s new mansion.

It has turned out that she was not invited by Shatta Wale to his birthday party and she cannot go for a function she wasn’t invite to.

Read Also: ‘From Fake Chains To Owning Lanes’ – Shatta Michy Recounts Shatta Wale’s Hustle As She Celebrates Him On His 36th Birthday | Video

Shatta Michy shared a beautiful video of herself advertising for a hair product on her social media platforms.

The post she shared on her Facebook page attracted many as some wondered why she wasn’t present. This made her followers to ask her for the reason she couldn’t show up at Shatta Wale’s star-studded birthday party.

Don’t say what you don’t know. We don’t go where we aren’t invited.