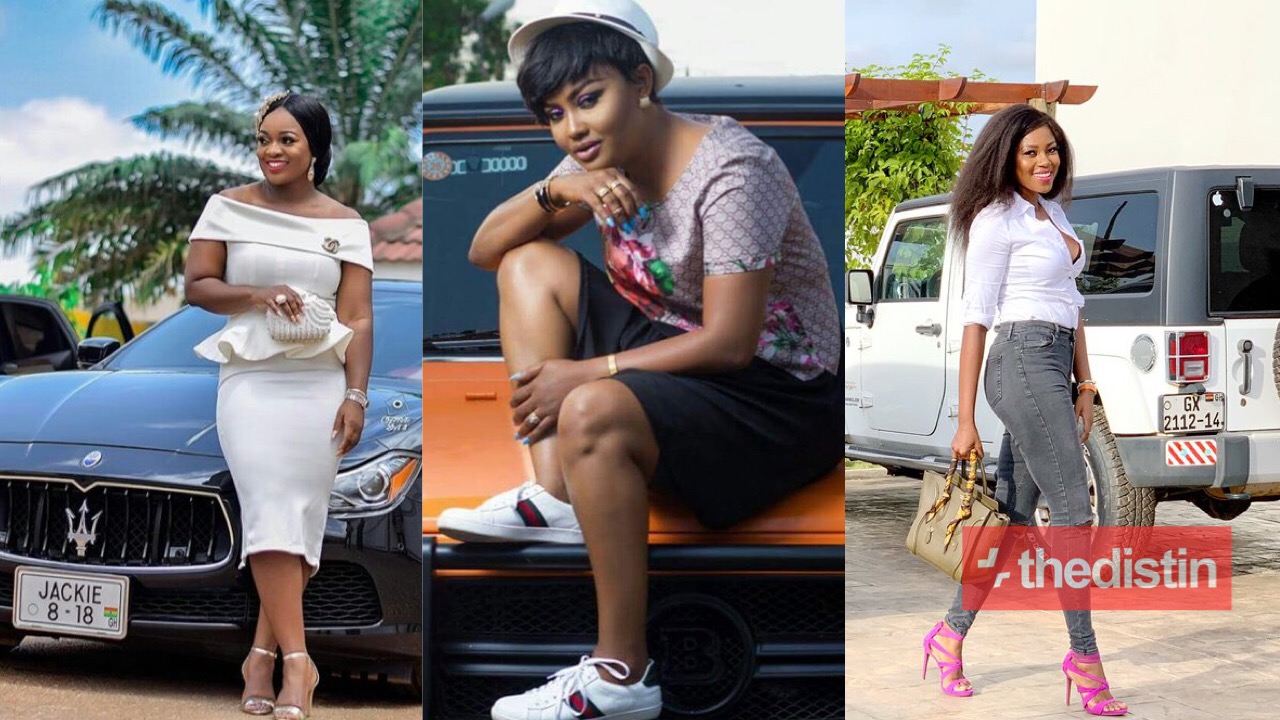 Money Desert, a YouTube Channel has listed the top ten (10) richest Ghanaian actresses, the secondary schools they attended and how they made their made their millions.

The Ghana Movie Industry is fast becoming an industry to reckon within Africa and the world at large.

There are a lot of female Ghanaian celebrities who have graced our screen for the past years and also have stayed consistent and maturity throughout their endeavors as actresses.

According to Money Desert, these actresses are believed to be worth more than million dollars and their list of richest actresses in Ghana are full of surprises.

Lydia Forson is believed to have a net worth of $200,000 as she occupied the 10th position in the 2020 richest actresses in Ghana.

The optionate Lydia Forson attended St. Louis Senior High School in Kumasi and has been featured in most of the movies we see on our Televisions.

Martha Ankomah is one of the religious actress and due to her humble nature, she has secured some ambassadorial deals with GTP Fabrics and GLO.

Martha Ankomah is a product of Labone Senior High School. Martha Ankomah is not just an actress, she has other businesses as her stream of income. Martha owns a modern beauty salone called Martha’s Place in 2013.

Read Also: Hajia 4 Real’s Luxurious Mansion And Cars That Will Motivate You To Work Hard | Video

Yvonne Okoro from the Okoro’s Family is worth an estimated amount of $350,000.

Kumawood actress, Nana Ama Mcbrown, a mother of one makes it to the 6th position on the list.

Currently, she is an ambassador for 7 businesses including the popular Hisense Ghana. Mcbrown is a product of Prince of Peace Girls School in Kumasi.

Joselyn Dumas is the fifth on the 2020 top ten richest actresses in Ghana. She has worked really hard and has tried her best to be a scandal free woman.

Aside her movie roles, she is a television presenter among many others. Joselyn has been the face of many brands in Ghana including Jaguar, Range Rover etc.

Joselyn Dumas is worth an estimated amount of $500,000 and she attended Arch Bishop Porters Girls Senior High.

Juliet Ibrahim is one of the most featured actresses from Ghana in Nigeria. She has stayed in Nigeria for a long while and has won good names for herself.

Juliet Ibrahim has a net worth of $550, 000 and she had her secondary school at Ivory Coast before coming to Ghana.

Actress and mother of four, Nadia Buari, is the 3rd on the list of richest female actors in the Ghana Movie Industry. Nadia Buari is a product of Mfantsiman Girls’ Senior High School.

The most fashionable and most followed Ghanaian celebrity with almost 9M followers on Instagram is none other than gorgeous Jackie Appiah.

Jackie Appiah owns most of the expensive cars in Ghana including Maserati, G-Wagon, Mercedes Benz among many others.

At the moment, Jackie Appiah and Mcbrown are the most female celebrities in Ghana with many ambassadorial deals.

Jackie Appiah is worth $800,000 and she is product of Havard Secondary School

Read Also: The Cars, Mansion And Other Properties Ayisha Modi Received As Gifts From Rev Obofour And Bofowaa | Video