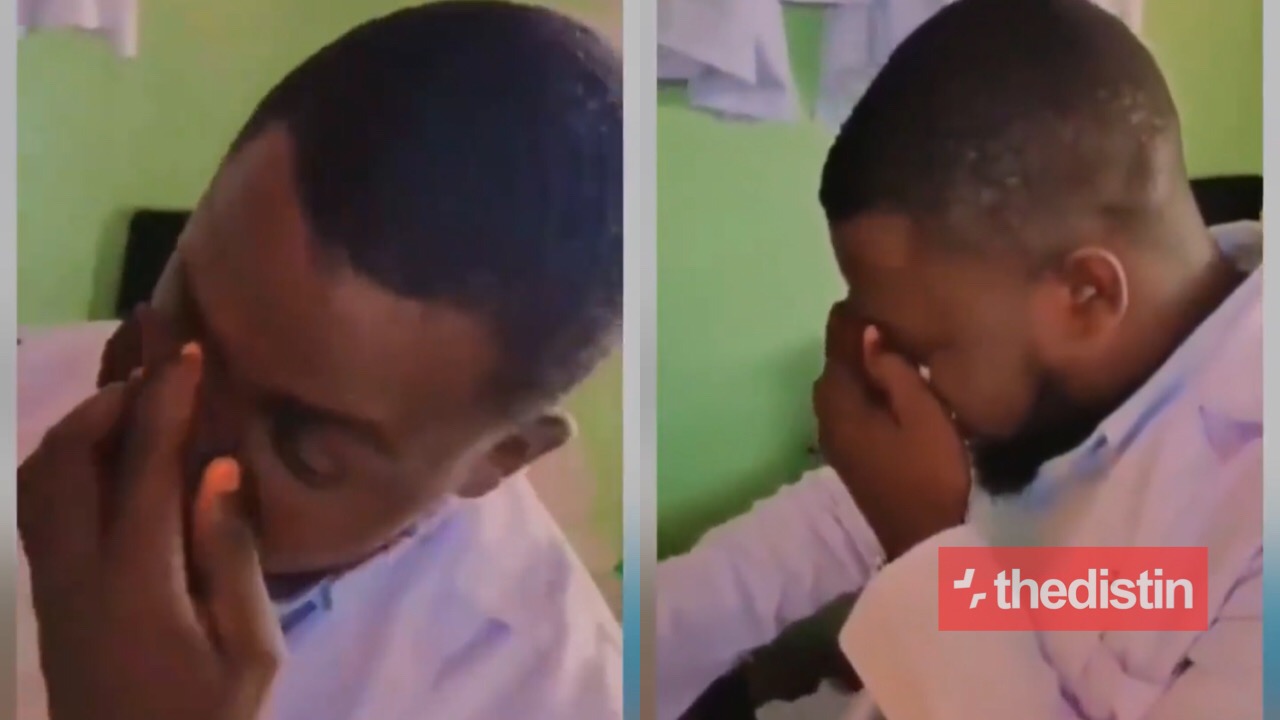 A Medical doctor leaves his patients and spotted crying after his girlfriend, Ewuraama broke his heart.

There’s a video going viral on social media, which has got netizens bursting into serious laughter.

In the video that can pass as the best ‘comedy’ skit for the year 2020, a medical doctor is seen crying his heart out after his longtime girlfriend dumped him for no reason.

The doctor who was at the hospital at that time has been videoed by likely one of his colleague doctors shed tears like a baby over his broken heart.

From the footage, he was supposed to attend to patients waiting at the OPD but ignored to cry.

At this point if you don’t fear women then…. A whole doctor oo he get heart break from his girlfriend called Ewurama. The name Ama er