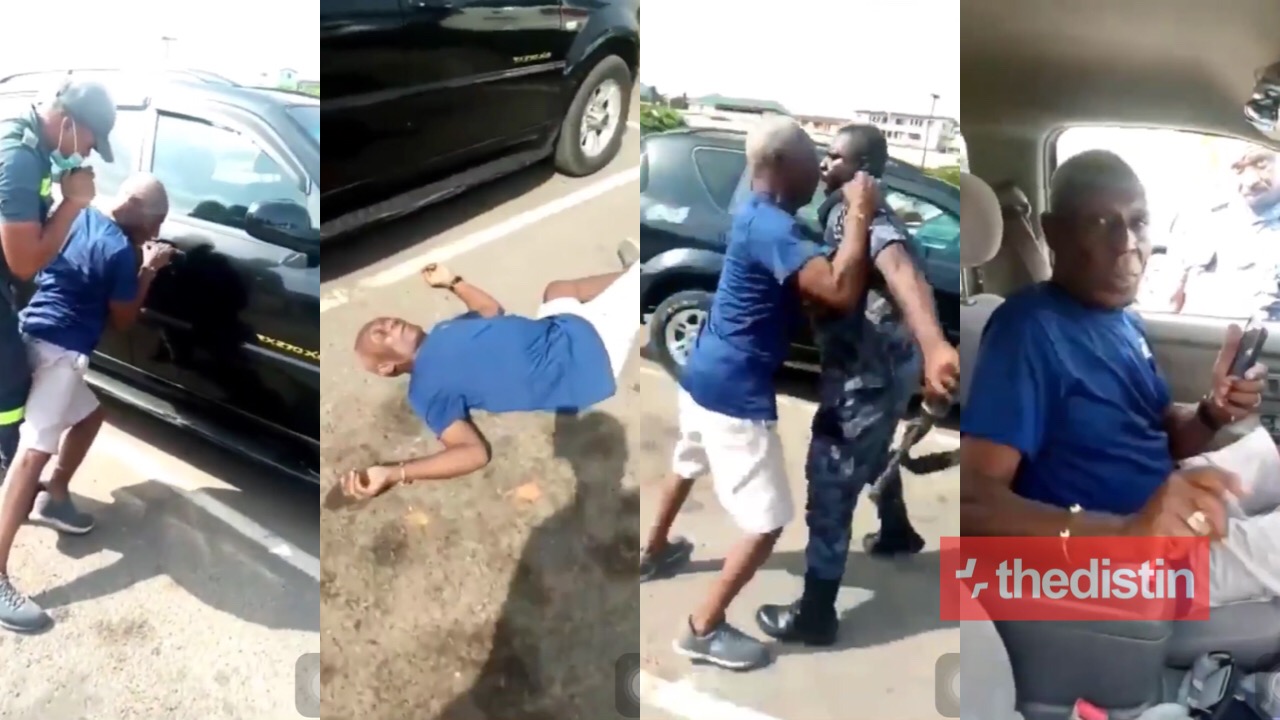 A video of an old man who tried to escape after almost killing people people through his reckless driving and after being approached by the police he tried to take his gun causes a massive stir on the internet.

According to a voice that was heard at the background, the man practiced an unlawful act at a toll booth and got two cars to crash which almost lead to him also killing some innocent souls.

From the narrator, after the man had caused all these damages, he tried to run however, he called the police and they confronted him.

In the video while the police and the narrator were questioning the old man who is believed to be in his 70’s he was busily going through his phone to call someone probably for him to be freed.

The police officer pushed the old man down and he was struggling to walk properly after he fell.

The old man, the police officer or the man who recorded the video?