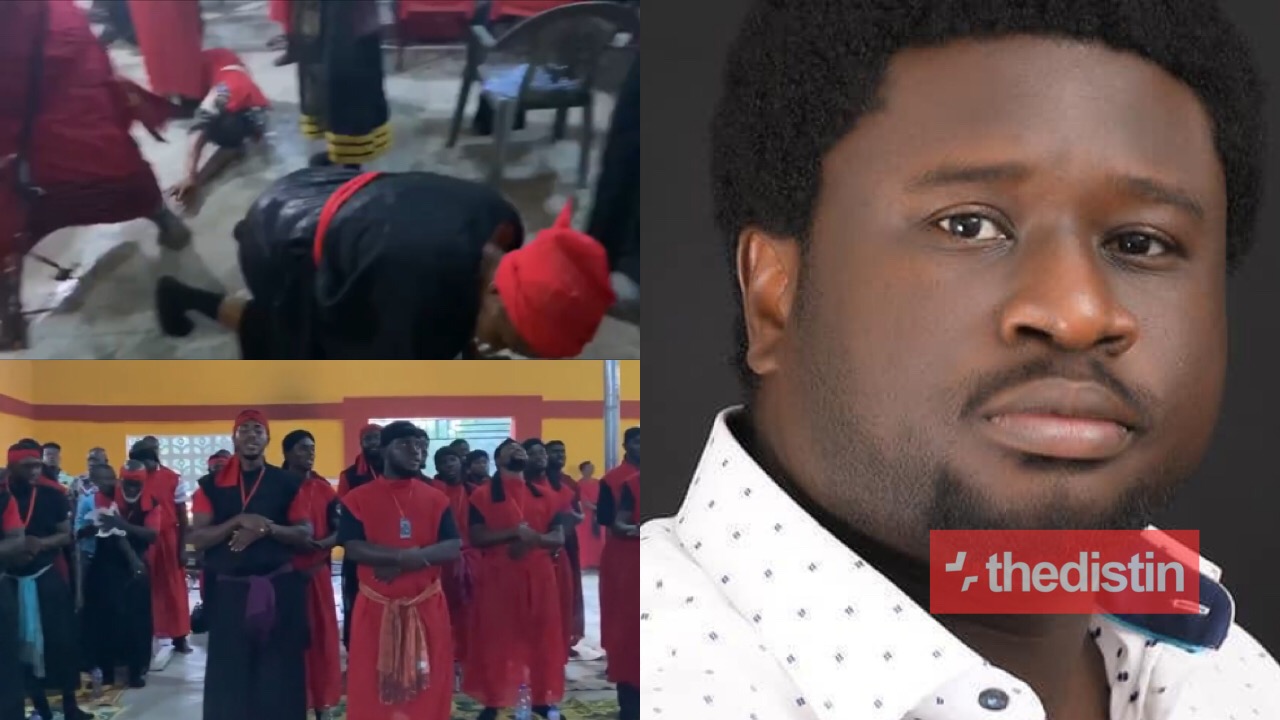 Ghanaian pastor who has branded himself as the chop bar pastor born, Kwabena Boakye Asiamah but popularly called Ajagurajah for the first time on social media performs miracles at his church.

The man has been very popular on social media platforms especially for his hilarious reactions and savage responses he gives to people who come beneath his posts and try to make fan of him.

Ever since he became very frequent on social media, he has never been sighted performing miracles on members of his movement.

He has for the first time shared some videos on his Instagram page that shows him performing miracles on his members which he calls it rituals.

He shared a video of himself and his members singing and dancing and he captioned it as “Our Rituals”.

A post shared by Bishopkwabena Boakye Asiamah (@ajagurajah_official) on Nov 5, 2020 at 6:55am PST

In another video, Ajagurajah was seen casting out demons from some members of his Movement as some were seen on the floor after been delivered.

A post shared by Bishopkwabena Boakye Asiamah (@ajagurajah_official) on Nov 4, 2020 at 1:14am PST