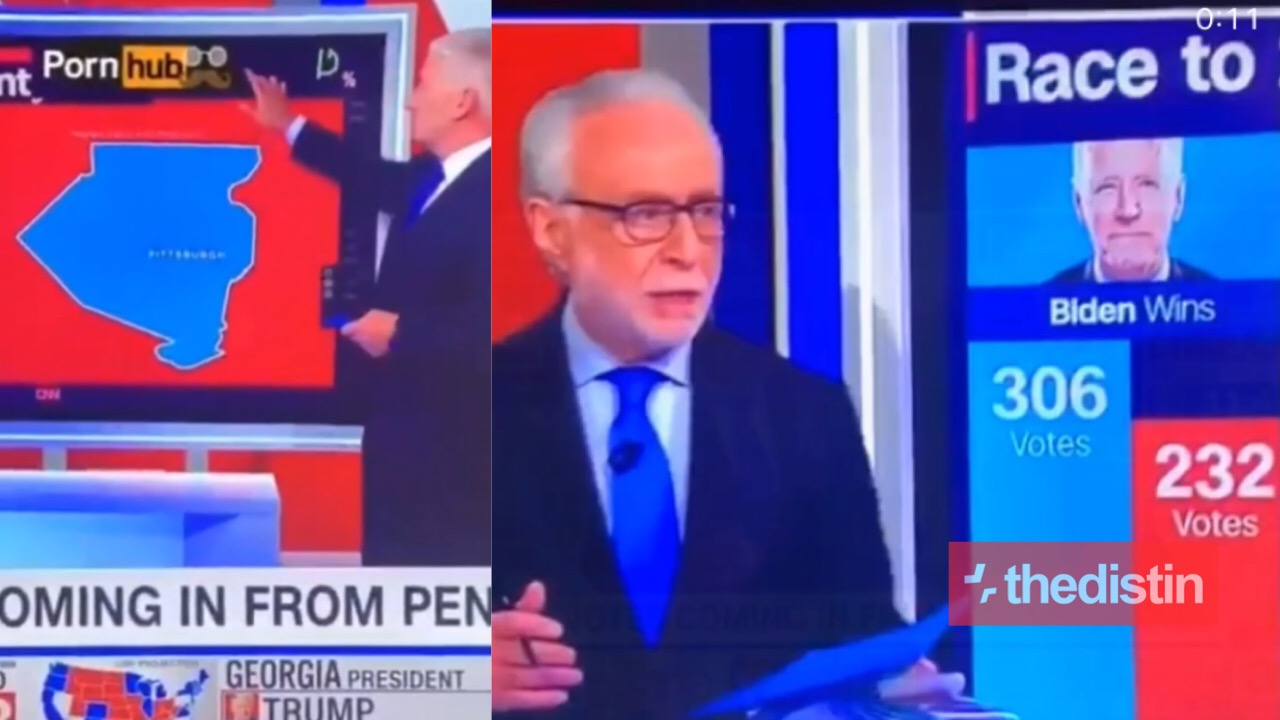 A CNN presenter was left shell-shocked and embarrassed after a virtual screen showed name of an X-rated website during live coverage of US presidential elections.

In the studio, the presenter have being identified as Wolf Blitzer and John King talks who were talking about the endless counting of votes in the key battleground state.

Anchor John King – next to a giant interactive big screen – then appears to notice the x-rated logo suddenly appear on the top the monitor.

He then turns to the camera with a shocked look on his face after hurriedly “closing the tab down.”