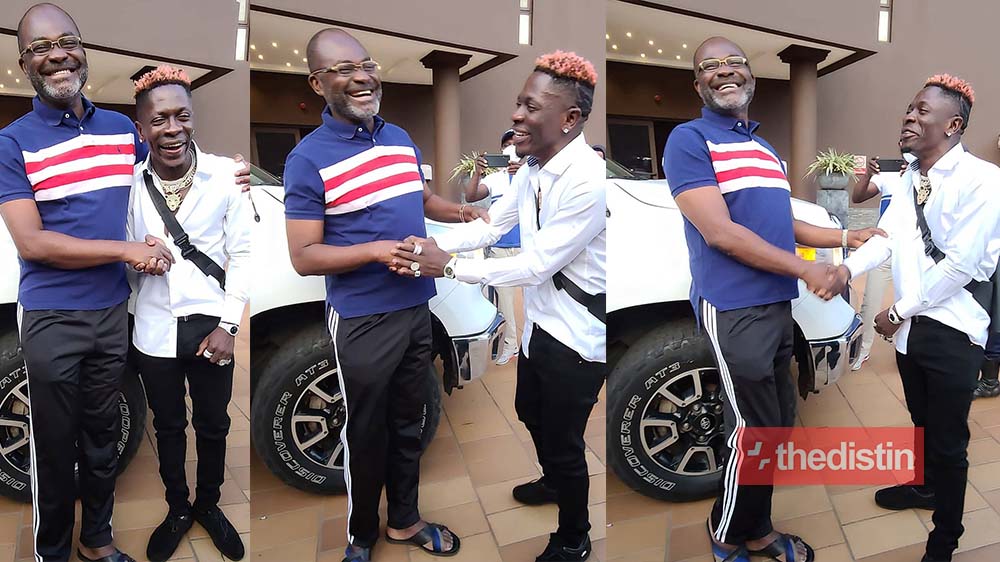 In the video sighted online by thedistin.com, you can see Shatta Wale humbly bowing before the member of parliament and the business mogul as a way of showing respect to an honorable.

The lawmaker was very pleased with what he did when he saw him as he expresses how he feels about him.

The lawmaker also disclosed how much her daughters love Shatta Wale’s songs as he describes how they normally jam to it.