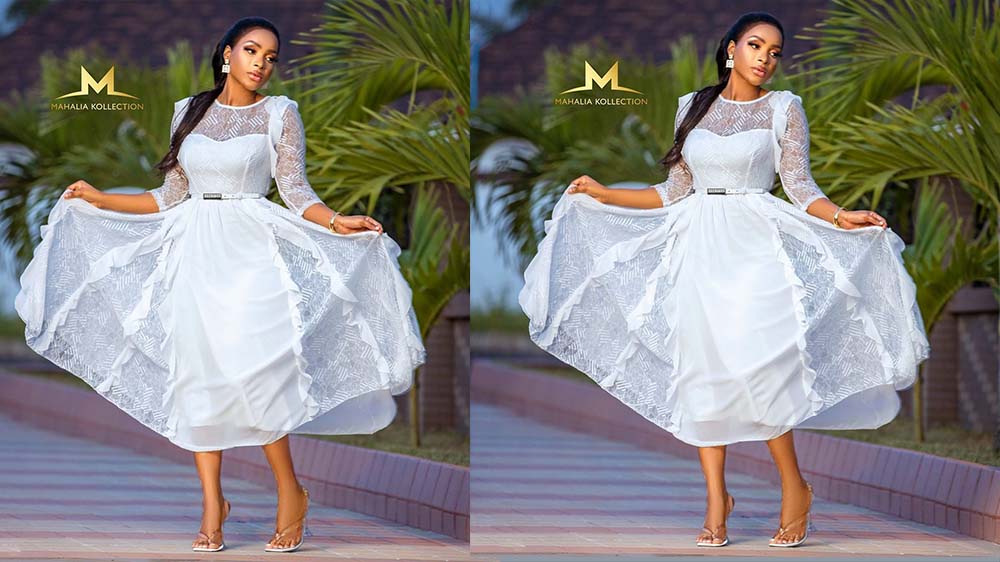 Gafah is simply looking ravishing with her flawless makeup flaunts her curvaceous body in the beautiful white wedding gown.

The actress took to her Instagram page to share these mind-blowing gorgeous pictures with a very interesting caption.

A princess living her dreams 🥰👑.

Below is the picture and video

Pictures of Ghanaian actress and presenter, Benedicta Gafah flaunting her heavy backside to prove that the gym workout works better than just going under knives to enlarge one’s butt.

Arguably, one can not mention the names of heavily endowed women in Ghana and leave Benedicta Gafah’s name behind.

The actress has shown that indeed she is the Kim Kardashian of Ghana as every picture she posts on her social media pages turns heads with many admiring her beauty and her curvaceous body shape.

Be it face, colour, or shape, Gafah ticks all the boxes one would look at when describing a beautiful woman.

However, Benedicta Gafah has been tagged as a product of Dr. Obengfo (the Ghanaian doctor who does liposuctions etc..) and for that matter her body is not natural.

Also, Benedicta Gafah has been heavily criticized for wearing hip pad under her dresses even when she is at the gym working out

Now, the actress has decided to silence all critics by putting her real body on show. In photos seen on the Instagram page of Gafah, she was spotted in a gym having her routine workout.

From the photo, the beautiful actress was wearing fitting leggings and she turned her back for the camera.

With how she looked in the photo, Gafah was not wearing any innerwear as she flaunted her natural hips and backside. Click here to watch the pictures