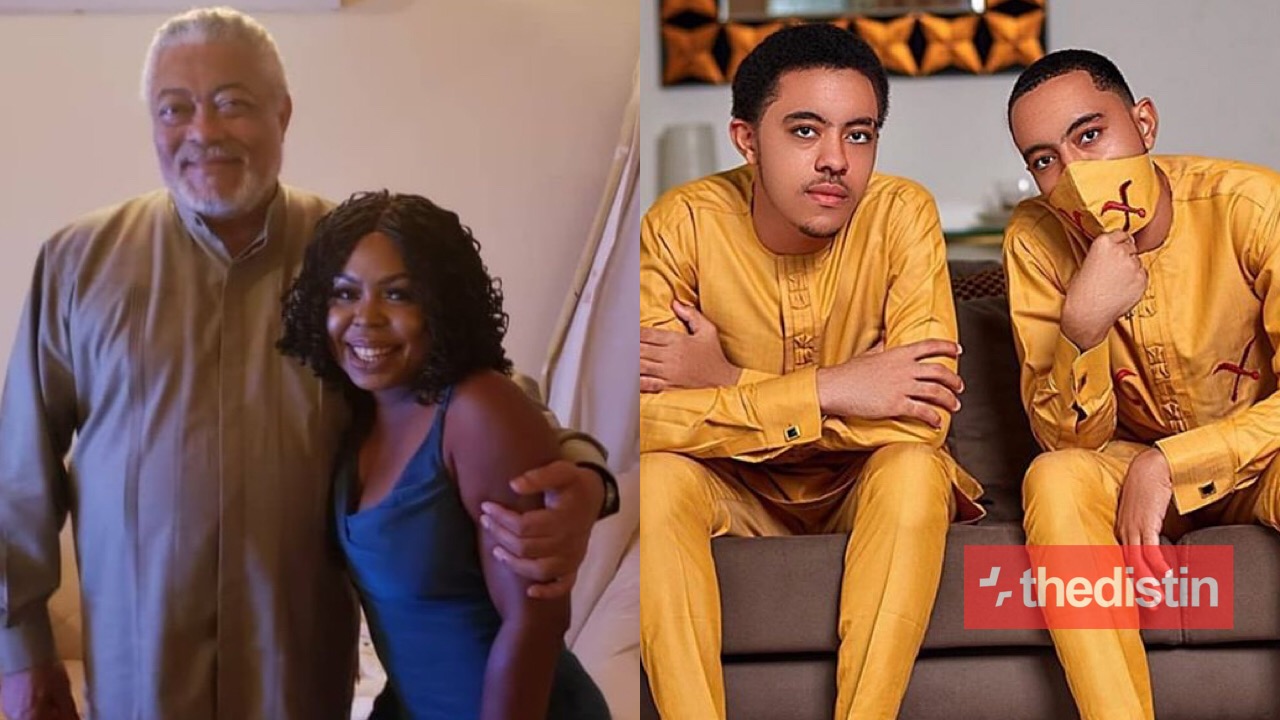 Ghanaian media personality and comedienne, Afia Schwarzenegger has reacted to the death news of former president of Ghana, Jerry John Rawlings who died at age 73 at Korle Bu Teaching Hospital.

After news on the demise of Ghana’s military officer and politician who led the country from 1981 to 2001 and also for a brief period in 1979, social media has been flooded with sad news as many commiserate on the death of Jerry John Rawlings.

The news of the death of former president Jerry John Rawlings has thrown Ghana into a wave of shock as nobody expected this to happen, at least, not any time soon.

This is because Rawlings was not known to be sick as he actively buried his mother, Madam Victoria Agbotui, just about two weeks ago. Confirmed reports have it that he died of COVID-19 suspected to be contracted during or after his mother’s funeral.

J.J. as he was affectionately called, died at age 73, leaving behind his wife, Nana Konadu Agyemang Rawlings, and four children – Zanetor Rawlings, Yaa Asantewaa Rawlings, Amina Rawlings, and Kimathi Rawlings, the last of the four and the only son, click here to see all pictures of his children.

A post sighted by Thedistin.com on the Instagram page of Afia Schwarzenegger has seen her using her children (Her twin sons) as an achievements to pay her respect to the late president.

According to Afia Schwar, she has accomplished a great mission in her life by giving birth to her sons who look like late Jerry John Rawlings.

She joined the tall lists of celebrities who are bewailing over the death of former president, Jerry John Rawlings which is a great loss to the country and wrote:

All I wanted was kids that looked like J.J.
Didn’t understand the mix race concept…
Thank you sir..cos I did and oh my goodness they are just handsome like you.
Good night my hero..I “m glad I waz able to tell u this in person.