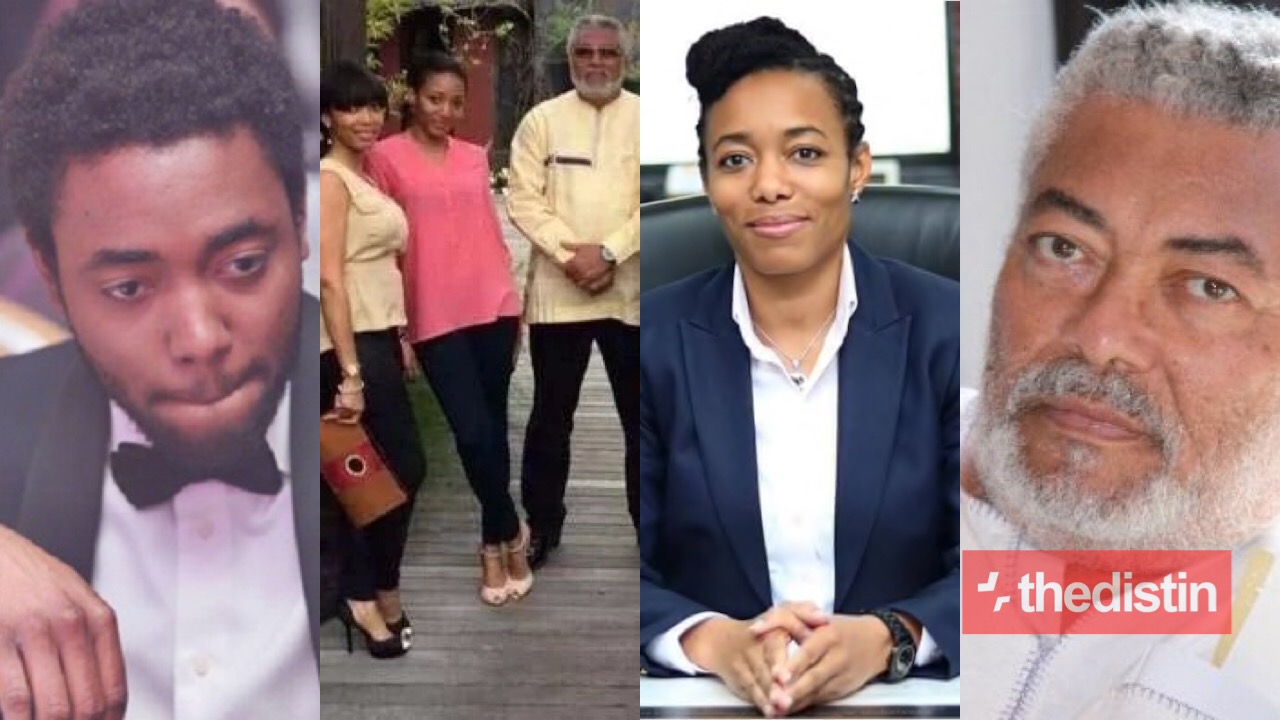 See photos of all of Jerry John Rawlings‘ 4 children he is leaving behind after he died on on Thursday, November 12, 2020, at the Korle Bu Teaching Hospital after being on admission for about a week.

The news of the death of former president Jerry John Rawlings has thrown Ghana into a wave of shock as nobody expected this to happen, at least, not any time soon.

This is because Rawlings was not known to be sick as he actively buried his mother, Madam Victoria Agbotui, just about two weeks ago. Confirmed reports have it that he died of COVID-19 suspected to be contracted during or after his mother’s funeral.

J.J. as he was affectionately called, died at age 73, leaving behind his wife, Nana Konadu Agyemang Rawlings, and four children – Zanetor Rawlings, Yaa Asantewaa Rawlings, Amina Rawlings, and Kimathi Rawlings, the last of the four and the only son.

Below are photos of all of Rawlings’ four children:

1. In the photo below, three of the children, Dr. Zanetor, Yaa Asantewaa, and Kimathy Rawlings, were on their way to lay wreaths at the funeral of their grandmother, Madam Victoria Agbotui.

He was then democratically elected President of Ghana in 1992 and served till 2000.

After two terms in office, Rawlings endorsed his vice-president, the late John Evans Atta Mills as the presidential candidate in 2000.

However, his party, the NDC, handed over power to former president John Agyekum Kufour of the New Patriotic Party (NPP) as it lost the 2000 elections.

Rawlings initially came to power in Ghana as a flight lieutenant of the Ghana Air Force following a coup d’état in 1979.

In 1992, Rawlings resigned from the military and founded the National Democratic Congress (NDC), and became the first President of the Fourth Republic.