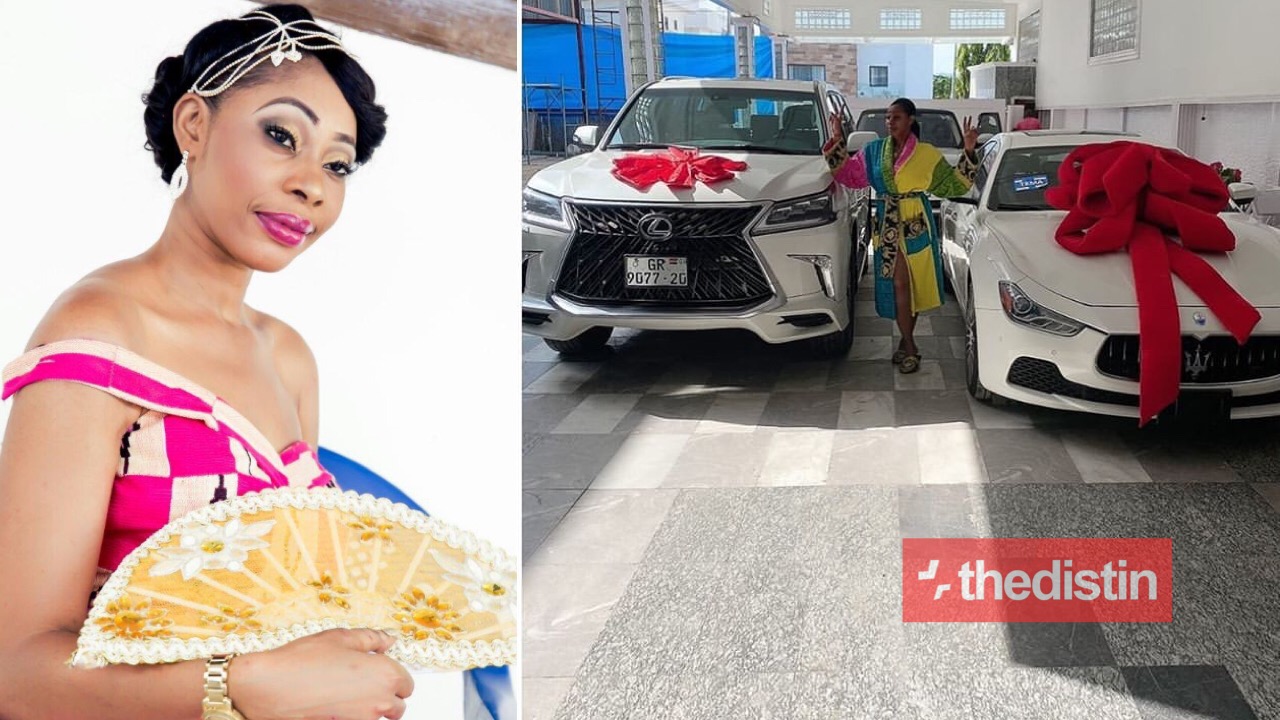 Ghanaian professional footballer, Afriyie Acquah‘s ex-wife, Amanda, receives two posh cars: a Lexus and Maserati from her lover as she shows them off in her mansion.

Former Amanda Acquah but now Amanda has now added two expensive cars to her car collections inside her plush house.

A video and pictures have been making waves that shows Amanda in her pajamas standing at her large parking lot in her house.

She could be seen with all joy as she posed with her brand new expensive Lexus and Maserati cars.