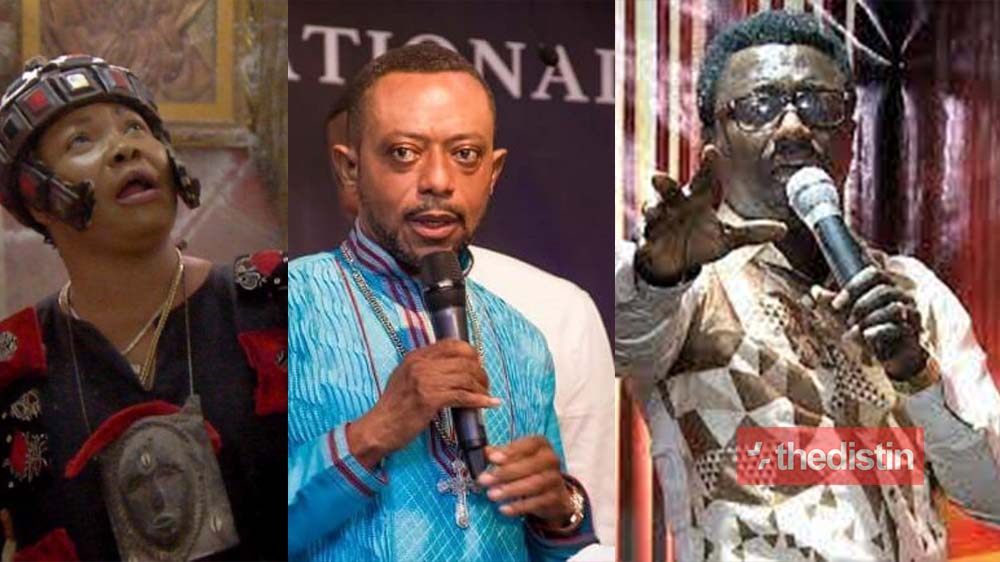 Earlier thedistin.com reported on a video where Nana Agradaa angrily descended on Opambour and revealed some dirty secrets about him as she insults him in unprintable words. Click here to watch that video

Meanwhile, in a new video, it seems Opambour is fully prepared for her as he’s back with more dirty unconfirmed revelations about Nana Agradaa.

According to the man of God, Nana Agradaa is having an affair with Isaac Owusu Bempah although she is married.

He added that the respected man of God Owusu Bempah has been l!cking her when they are chopping themselves.

He further said the reason why Nana Agradaa said for ten years now he does not have sex with his wife is because she wants to taste his pen!s.