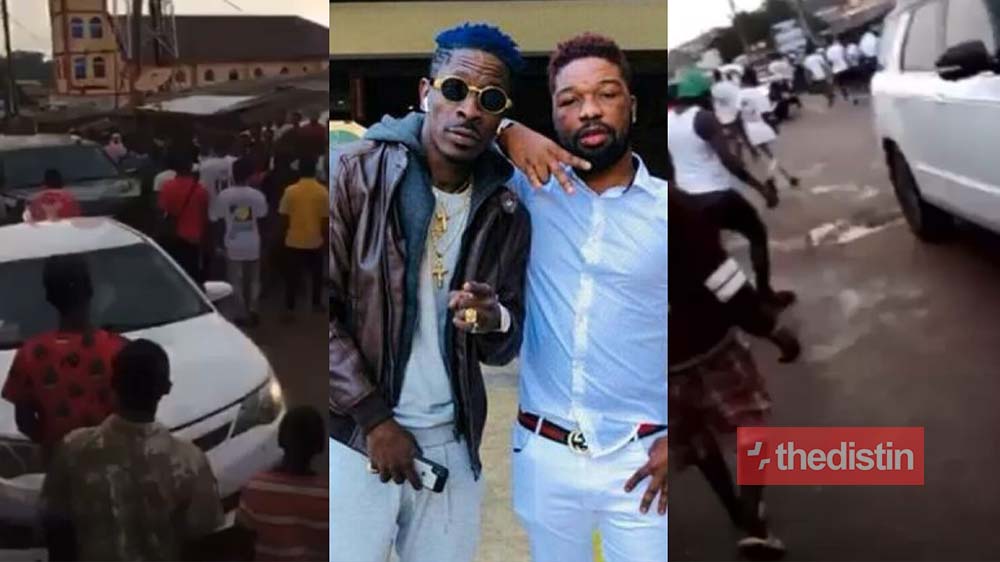 A few days ago, rumors had it that Shatta Wale was attacked in Kumasi Koofrom and the reason was he was warned not to come to that part of Kumasi because when his late friend Junior US died he didn’t show his last respect by coming to the funeral.

Speaking about the alleged attack during an interview with Andy Dosty on Hitz FM, Shatta Wale said he was not attacked as speculated.

He added that what actually happened was he and Amerado were going to shoot a video at Koofrom but due to the fact that there were a lot of people at the location and the atmosphere was very tensed so they had to change the location beside it was raining at the location as well.

Now talking about the viral video which had people in Koofrom saying they will take his gold chain and other belongings of his because he didn’t come to Junior US’s funeral.

Read Also: “I will kiss Shatta Wale but won’t work with him” – Shatta Michy (Video)

He said all those guys were paid by a musician in the US who was close to Junior US to say those things because he wants to trend by getting his (Shatta Wale’s) attention.