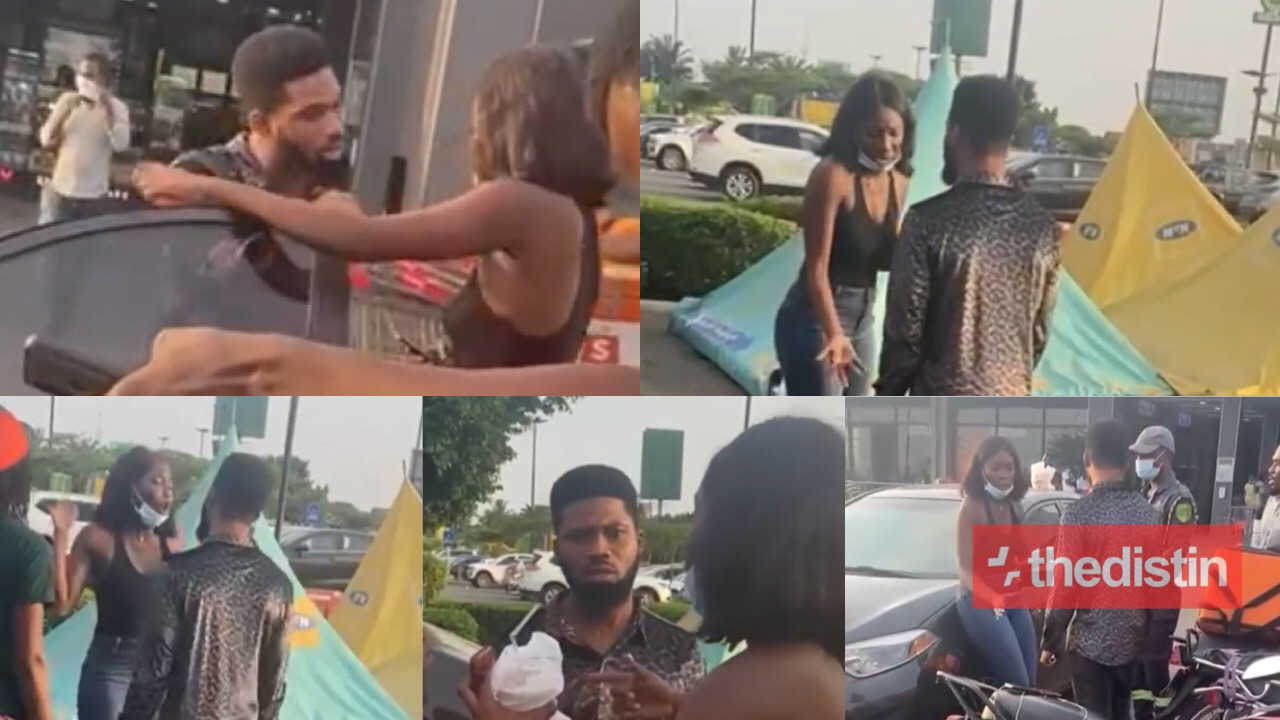 A lady identified as Yoma, an up and coming singer has been spotted in a new video disgracing a guy who happens to be her boyfriend at the Accra Mall.

From videos circulating online and per comments spotted beneath it, the lady (Yoma) has been dating guy and has been very loyal to him.

It happens that, she has been giving the guy huge sums of money and also has given him a car too which he flex in town with.

The boyfriend of Yoma has since not be paying attention to the lady and was lucky to met him at the Accra mall and thing turned rough.

Yoma seized the car key she reportedly gave to her boyfriend.

Yoma has couple of nice songs out there on all streaming platforms. She has released bangers like ‘Distance’ and ‘Loyalty’.

Enjoy her song ‘Loyalty’ below: