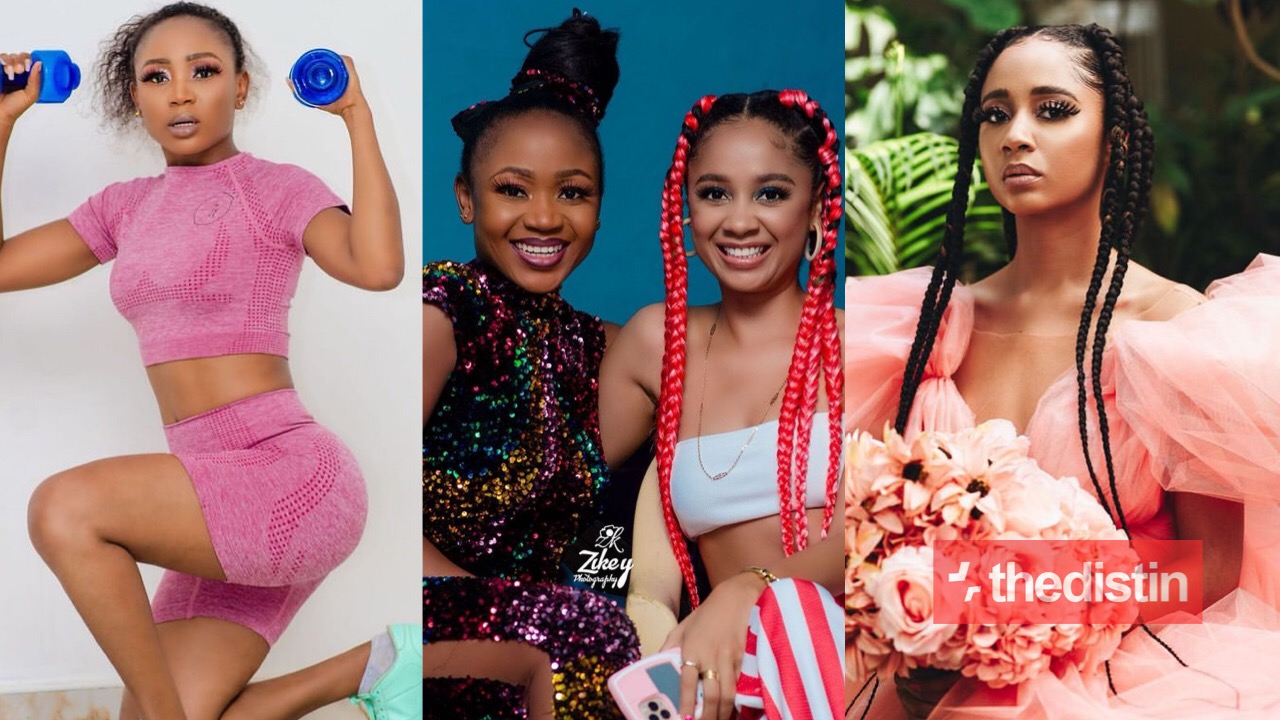 Akuapem Poloo recently held a show dubbed Poloo Home Coming and she had many singers and celebrities gracing it.

Among them are Sister Derby, Keche, AK Songstres just to mention few.

The controversial actress and model, Akuapem Poloo shared photos from the event thanking them for showing up when she called them.

Well, her picture with Sister Derby has raised concerns whether if they are twins although we all know the aren’t twins.

Akuapem Poloo really bear a resemblance to Sister Derby in pictures sighted by Thedistin.com which were shared by Poloo.

She first shared a picture with Sister Derby and showed gratitude to seeing her show up for her show and wrote:

Akuapem Poloo again shared a picture with Sister Derby telling her she loves her and she really bear a resemblance to her, she wrote:

After the pictures were shared by Akuapem Poloo, it has generated massive reactions from Ghanaian with many drooling over their beauty and their resemblance

aba_anoah4 wrote: Am I the only one seeing some resemblance here, never knew you guys look alike . Or you say it’s the makeup that looks same😍😍

wonderboy_dm Who else can see the resemblance?

nanayaa_jay wrote: Both of you are the real definition of beauty