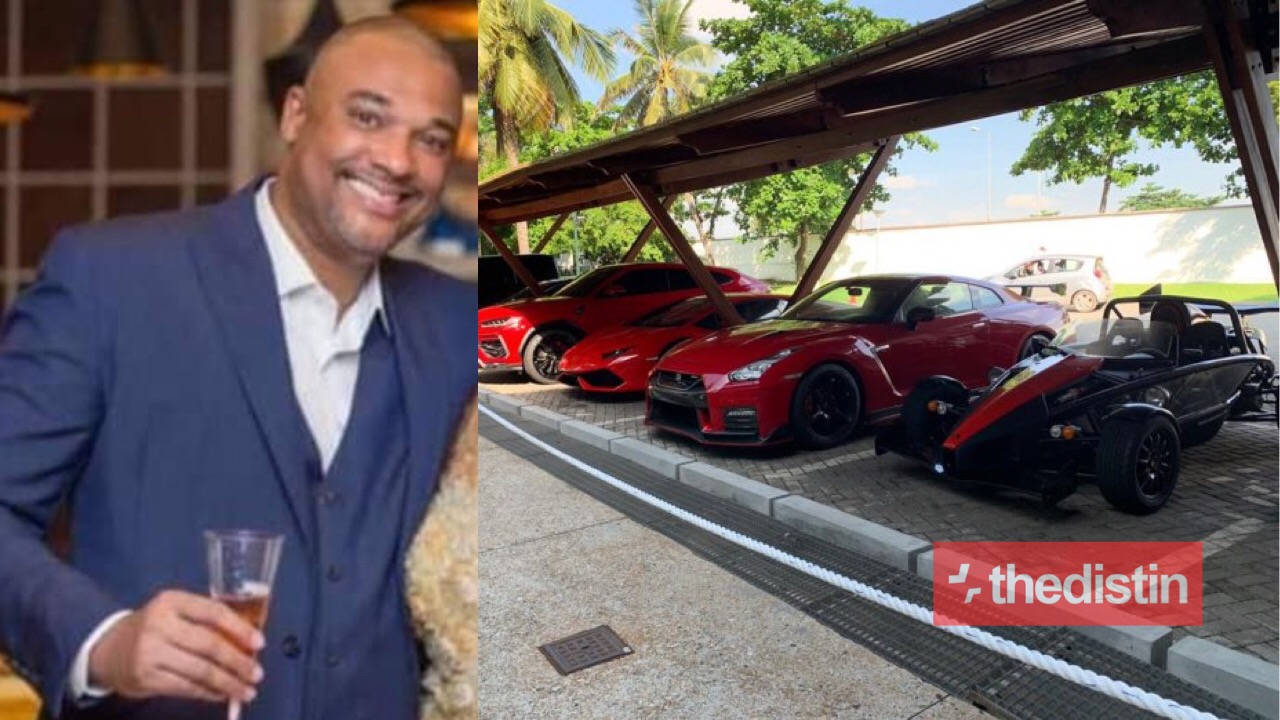 Ato Mould, the Chief Executive Officer (CEO) of Makam Plant Hire is reported to have passed away in the early hours of Tuesday.

It is not known what might have caused the death of Ato Mould but reports suggest that he was not feeling well.

Read Also: Medikal Who Traveled To US With A Backpack Arrives With Over Ten Bags Full Of iPhone 12, Shoes And Clothes | Video

Well, Thedistin.com have sighted on the expensive sports cars in his garage in his residence at the Labadi Beach Hotel.

Read Also: Bisa Kdei Reveals How He Got To Write A Remix Of His “Asew” Song For Netflix’s Christmas Movie “Jingle Jangle” (Video)

He’s said to even have a private shed built for him exclusively at the hotel to house his expensive sports car collection.

The cars as seen in the viral video are all customised with the initials of his name ‘AM’. It appears red is his favourite colour because all the luxurious whips are red.

Below are pictures of his cars: