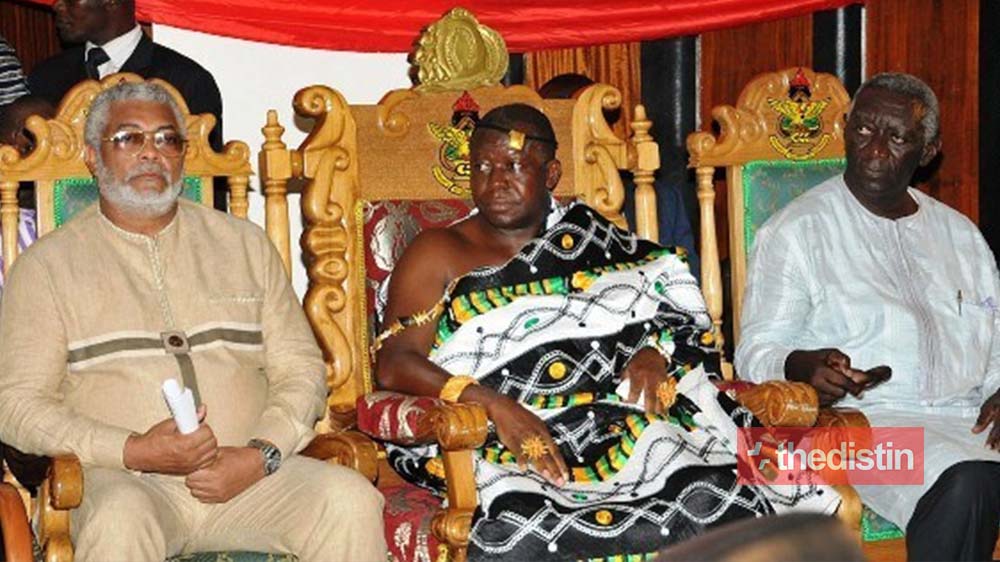 Asantehene, Otumfuo Nana Osei Tutu II has stated that former presidents John Agyekum Kufuor and Jerry John Rawlings had a cordial relationship before the demise of the latter.

His statement comes in response to the prevailing notion of animosity between the first and second Presidents of the Fourth Republic.

The Asantehene made this revelation on Thursday when a 5-member delegation of the bereaved family paid a visit to the Manhyia Palace to formally inform him of the passing of Mr. Rawlings.

He also noted that he is at a loss as to why that misconception still persists.

Additionally, the Asantehene made known his willingness to assist in the arrangement for a befitting burial for the country’s longest-serving President.