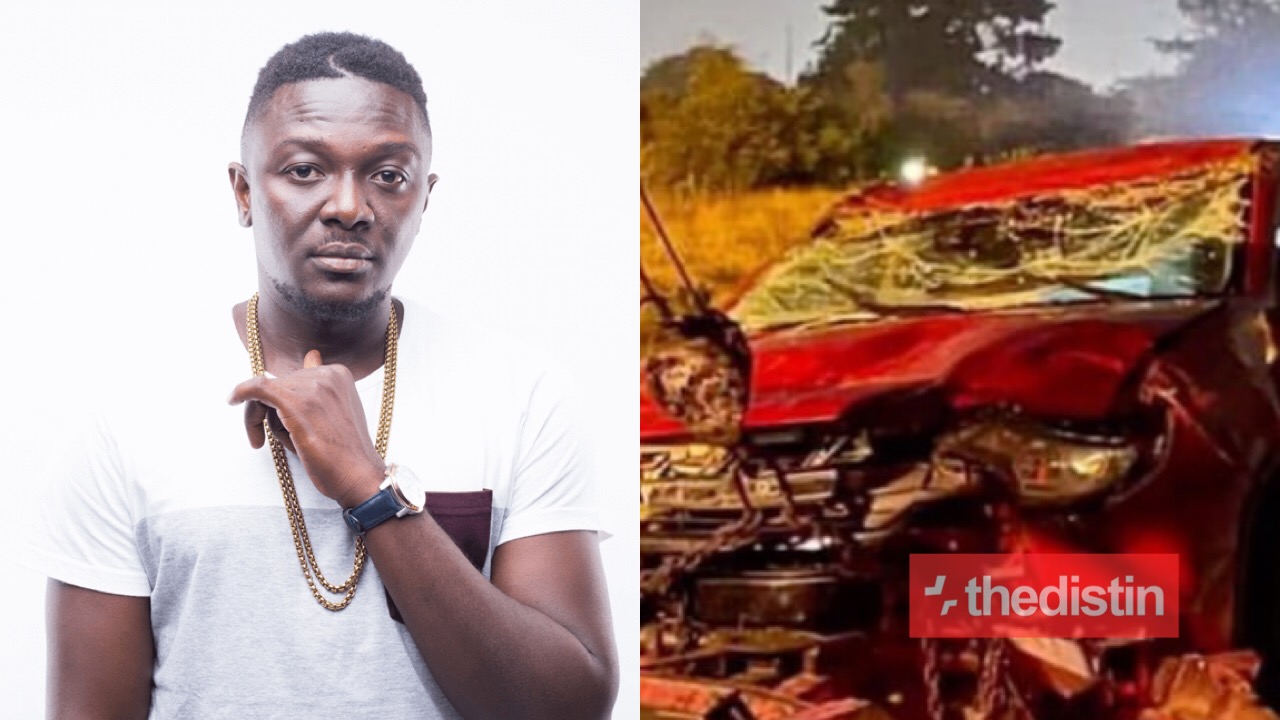 Micheal Owusu known as DJ Mic Smith has been reportedly involved in a fatal car accident on the Tema-Accra Motor way as his car gets bent.

In a video sighted by Thedistin.com, DJ Mic Smith was heard saying God saved him and also said his car was a brand new car.

In the video, DJ Mic Smith‘s car was seen turned upside down and he had wounds on his hand due to how fatal the accident was.

We thank God he wasn’t hurt that much.

Micheal Owusu known as DJ Mic Smith is an event, club, radio, mixtape and artist DJ and also an entrepreneur from the republic of Ghana.

He also currently holds 4 awards and 6 nominations; 2 awards with 4syte TV for DJ of the year, The Redbull club DJ of the year award and Best Mixtape DJ with Ghana DJ Awards