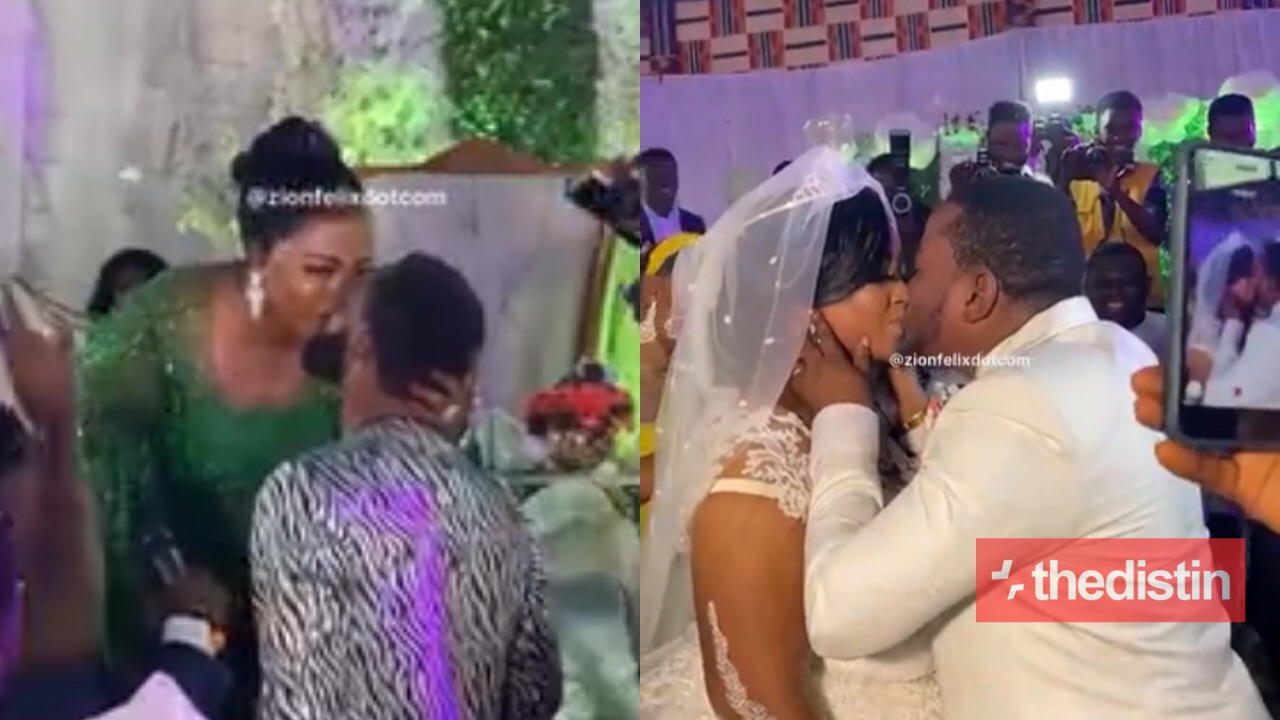 Rev Obofour‘s son, Romeo, the manager of Gospel singer, Brother Sammy has tied the knot with his longtime girlfriend in a lavish celebration which was held at Breman in the Ashanti Region.

The ceremony was earlier hyped by the controversial but rich man of God where he encouraged his lovers to come in their numbers.

A video from the ceremony has been sighted by Thedistin.com that captures the moment the groom, Romeo was kisisng his bride.

Romeo really looked shy as he was feeling uncomfortable kissing his wife in the misdt of many people, hwoever, Rev Obofour forced him to kiss.

He first kissed his bride but the crowd wanted another kissed and Rev Obofour, the officiator of the event again asked Romeo to kiss his wife deeply.

Ciara Antwi raised her voice and asked Obofour for them to kiss for Romeo to learn from it and they kissed and that gingered Romeo to kiss his wife passionately at his wedding.