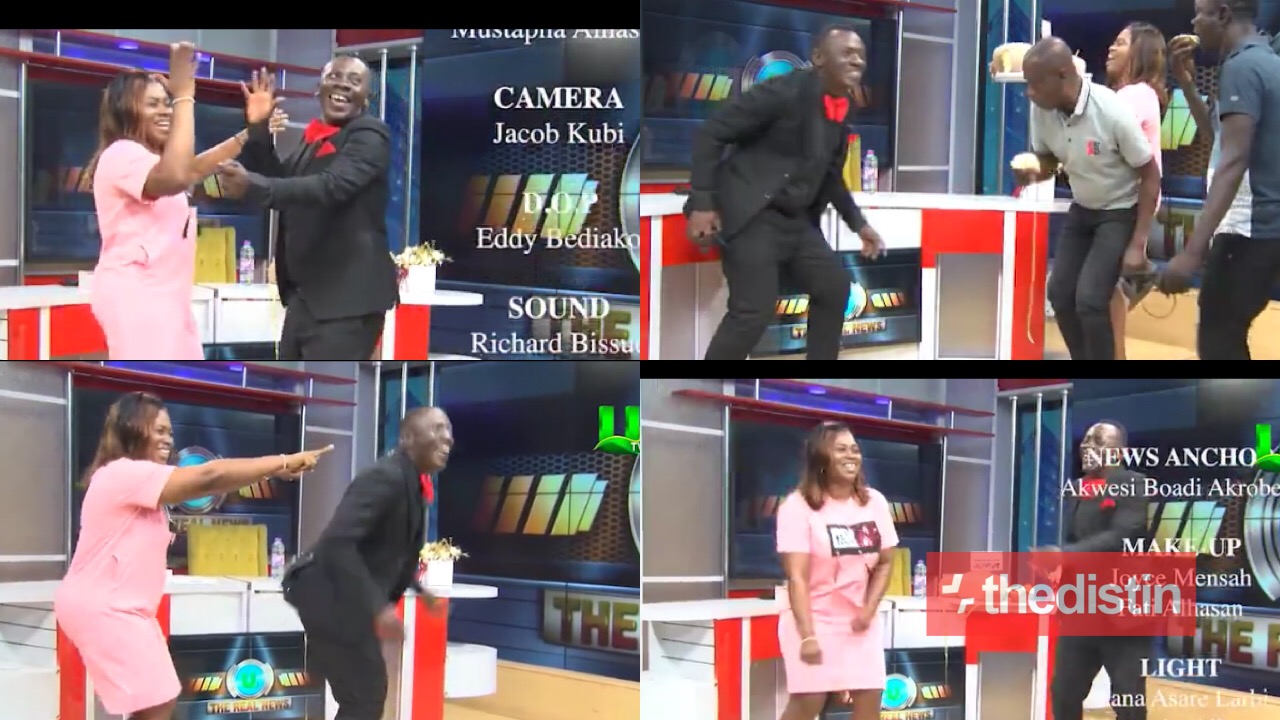 Actor, Akwasi Boadi, widely called Akrobeto turned a year older, he gets surprised on his birthday at Utv studio during his Real News Tv show.

Internationally recognised journalist, actor and the father for all, Akrobeto turned a year older on Friday, 20 November and he was well celebrated on his special day.

Before his show culminated, his cameraman, stylists, and producers of the Real News show surprised him with a birthday cake.

Interestingly, the cake was designed as a human nose especially because he loves to talk about his nose a lot.

Joyfully, he showcased his dance moves to Keche and Kuami Eugene’s No Dulling hit song in an adorable video inside Utv studio.