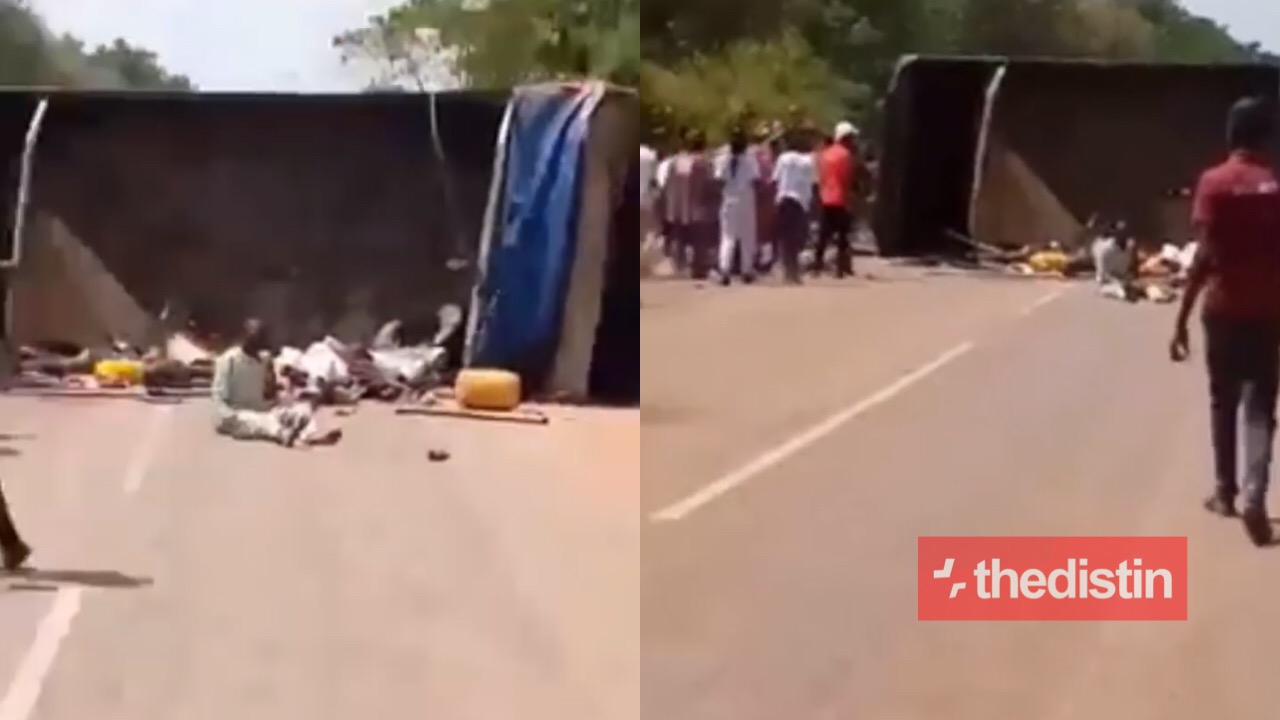 NDC Fanatics in Ejura, a district in the Ashanti Region of Ghana have been reportedly involved in a car accident on their way to welcome John Mahama.

In the video, their vehicle could be seen turned on one side as the passengers were seen wounded on the floor.

The video which is available to Thedistin.com was spotted on Abubakar Baba Bawumia’s Facebook page.

While he was sharing the video, he indicted that, 7 of the fanatics in the vehicle on their way to welcome John Mahama had passed away as a result of how fatal the accident was.

Ejura is a town and the capital of Ejura/Sekyedumase, a district in the Ashanti Region of Ghana. Ejura has settlement population of 70,807 people.

Ejura is the largest maize producing district in the Ashanti Region of Ghana. It is in the far north of the region, near the Afram River.