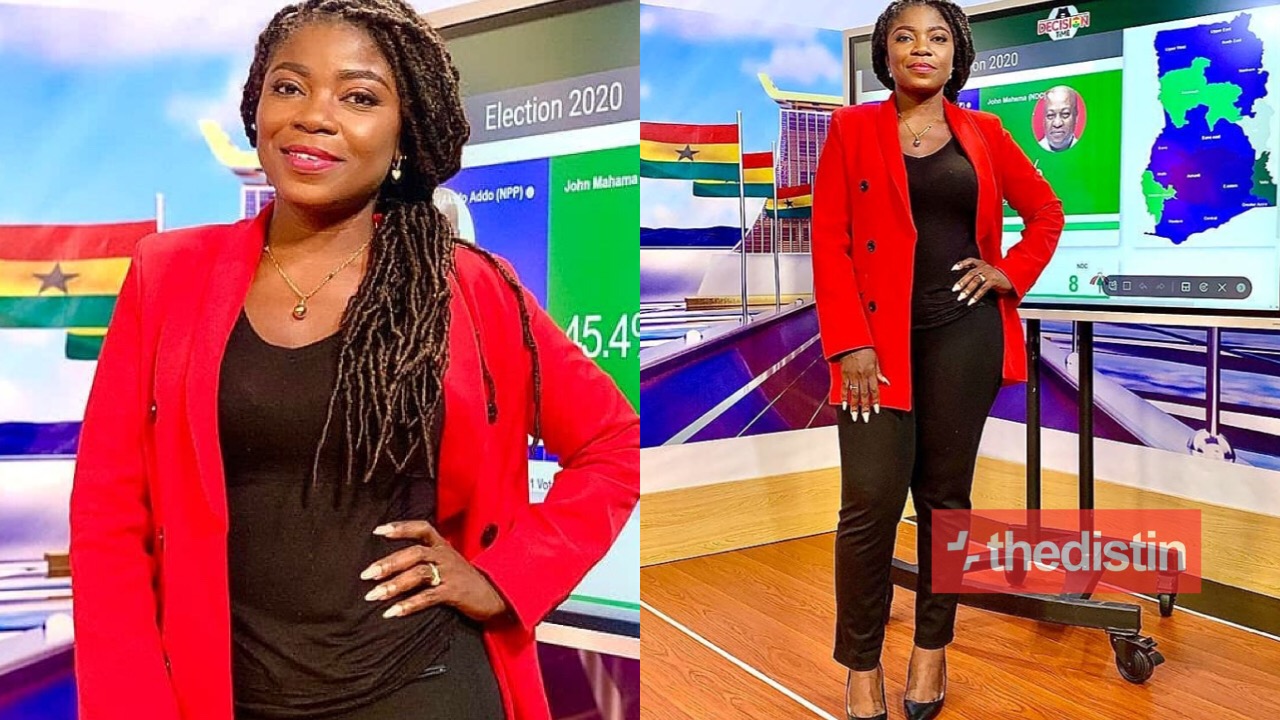 Ghanaians broadcaster Afia Pokuaa aka Vim Lady has revealed how two people who planned to kill were arrested at the premise of UTV.

During the prediction of the 2020 election results on the first local dialect TV station, Vim Lady, one of the finest broadcasters at Utv, played a massive role.

Read Also: ‘I Had To Park My Car And Take Uber Home, I Am Worried For My Safety After Campaigning For NPP’ – Kalybos | Audio

On her renowned ‘Critical Issue’ show on UTV, the outspoken broadcaster revealed her ordeal on how some media houses’ workers are worried abut their safety after the 2020 elections in an article sighted by Thedistin.com on Ghana Celebrities.

According to Vim Lady, meanwhile some of the broadcaster were reporting the figures they sighted from the Electoral Commission’s reputable sources, some political parties have unleased violence on them because the results did not go in their favor.

Read Also: “Every Time I lose, I see It As A Journey To Perfection” – John Dumelo Speaks And Concedes Defeat | Photo

Per Vim Lady’s take, she detailed that she was threatened with violence at UTV’s premises when two people accused of being NDC members stormed the media house to kill her and damage other journalists.

She called on the NDC to apologize to the country’s media houses for their weak approach to democracy before things got out of control.

Read Also: Kalybos Reveals His Current Relationship With John Dumelo After He Campaigned Against Him | Audio

“The NDC had the election results against them after their protests are descending on media houses and we are currently receiving threats from unknown people. Yesterday two people were arrested here at UTV because they were sent to kill.

This is unfair, they are claiming we changed the Electoral results which sicken me a lot. In 2012 the New Patriotic Party felt cheated and they took the issue to court and later peacefully retracted their statements and attacks for them to remain in power.

So why can’t the NDC do the same and leave the media houses out of it? Our cameraman at one polling station had to escape for his dear life with a “Pragia” car. This is so annoying because we are doing our job. For me, I am ready to die for the truth. When am gone somebody will come and finish it for me”. she said.