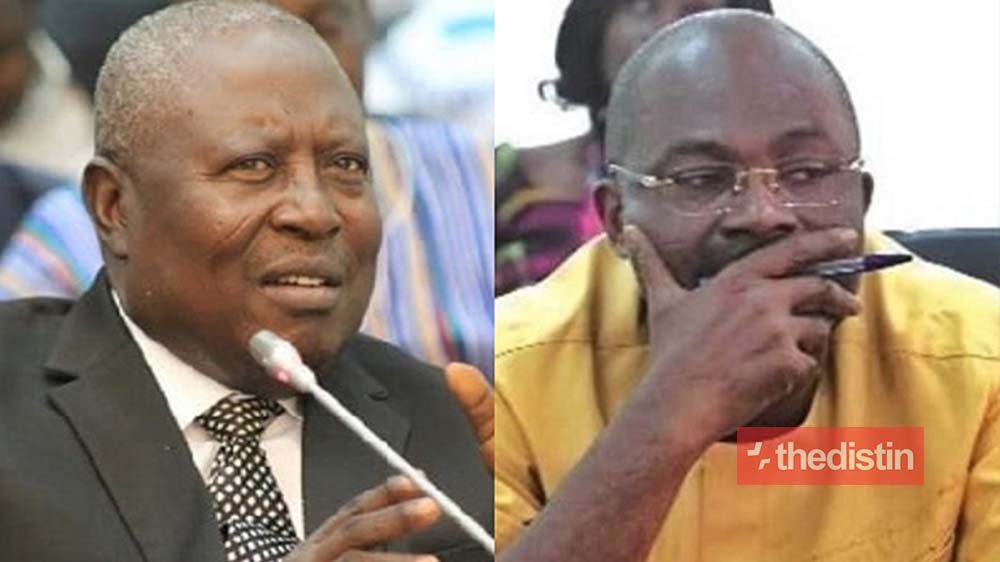 According to Kennedy Agyapong, he will drop some shocking secrets about Martin Amidu after President Akufo Addo’s swearing-in.

Kennedy Agyapong who recently revealed he warned the NPP against the appointment of Martin Amidu as the special prosecutor, claims that the former special prosecutor made plans with the late Jerry John Rawlings against his own party, the NDC, and their flagbearer, John Mahama.

Kennedy Agyapong explained that the agenda of Martin Amidu and the late JJ Rawlings was to ensure the defeat of John Mahama in the 2020 Election so that they take over the NDC and push Rawlings’ daughter, Zanetor into prominence.

The things that are embedded in me are boiling. You Martin Amidu, wait for Akufo-Addo to be sworn into the office first. The way I will strip him naked…the plans he had against NDC. The NDC should be careful. He planned with Rawlings to make sure that Mahama loses the election then he Amidu and Zanetor will take over the party

He said on Net2 tv