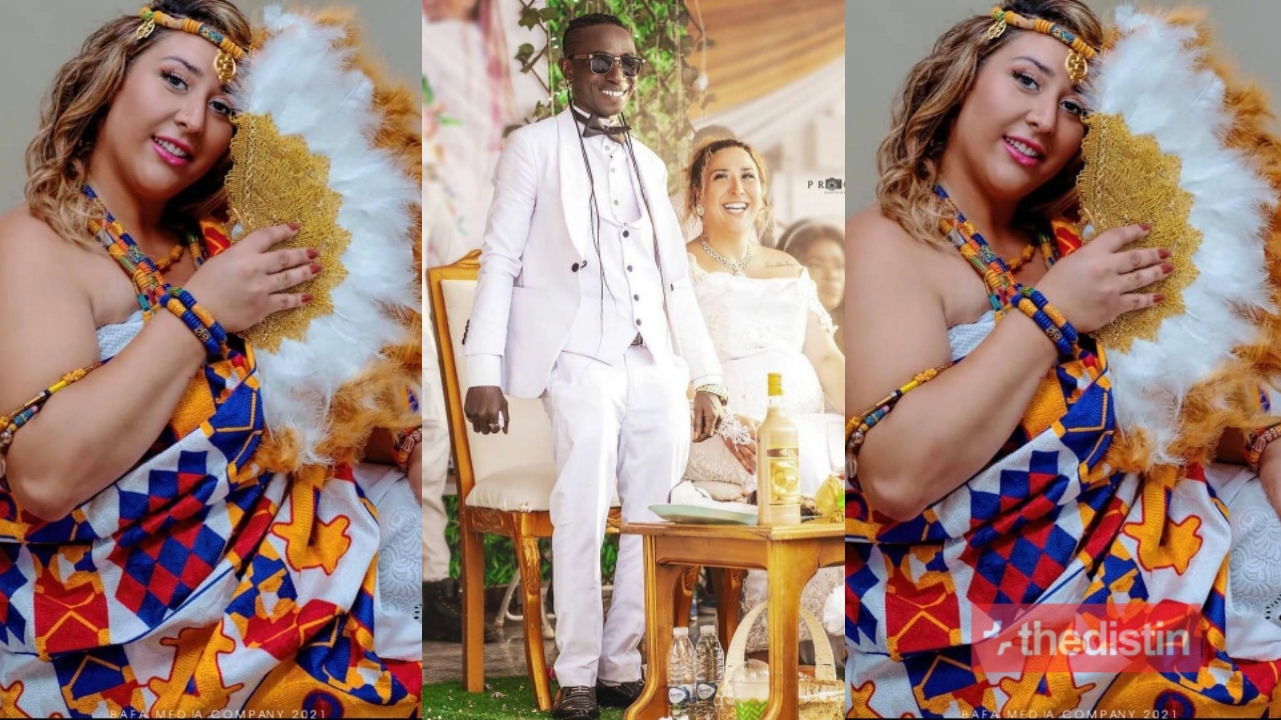 Liha Miller who is now Mrs. Amoah thus Patapaa’s wife has revealed why she decided to marry the Swedru based Ghanaian artist.

Liha Miller speaking in an interview on Adom TV disclosed to Sister Sandy that Patapaa is the most swèetest, caring and romantic guy she has ever had in her life.

Read Also: John Dumelo Celebrates His Wife Gifty On Her Birthday With Nadia Buari & Others (video)

According to her, she loves Patapaa because of how sweet and caring he is.

She revealed that the time she got sick from typhoid Patapaa never left her bedside and he was always praying for her.

According to her, it was during that moment he saw Patapaa cry for the first time.

She also disclosed that she’s someone who usually sleeps without covering herself with the bedsheets and Patapaa will always wake up in the middle of the night to cover her up.

Read Also: WhatsApp Chats Of A Married Woman Begging A Young Guy To Sleep With Her | Photos