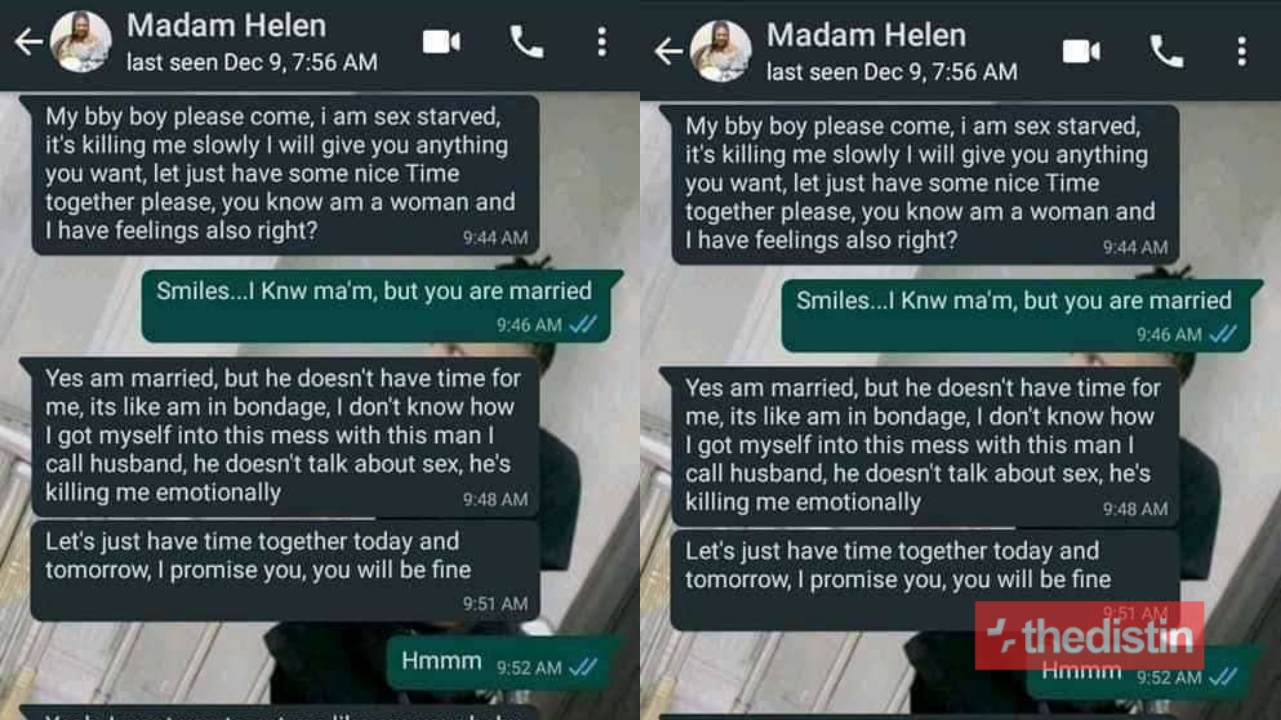 From the series chats between them, the married woman indicated that her husband doesn’t treat her well.

She further revealed that she’s sex starved and needs the young guy to satisfy her needs.

However, the young guy called Harry was not interested in the woman because she is married.