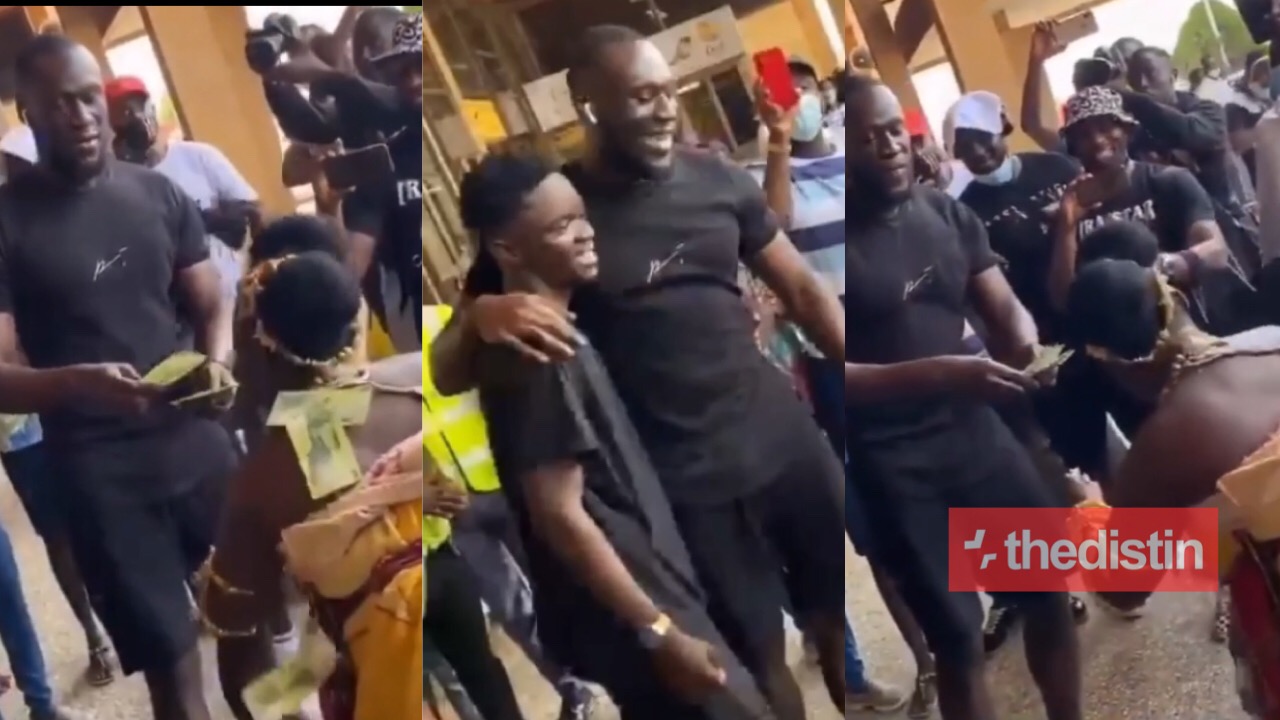 Stormzy and Yaw Tog’s link up came about when the British-Ghanaian rapper promised to add a verse on Yaw Tog’s drill song ‘Sore”.

The rapper has walked his talk as he first performed the remix of their collaboration at an event in Accra that got fans of both rappers in excitement, watch the video of their first performance here.

Yaw Tog is hosting the rapper in Kumasi from today, Tuesday, 5 January till their project in Kumasi is over.

Yaw Tog announced that he will be hosting the rapper on his Instagram page. He wrote “We up tomorrow fam pull up and let’s show love at Kumasi (santamerica) #soreremix”

A new video has emerged that shows the royal welcome of Stormzy upon his arrival in Kumasi.

He was culturally welcomed as he was spotted spraying money on dancers at the airport upon his arrival.