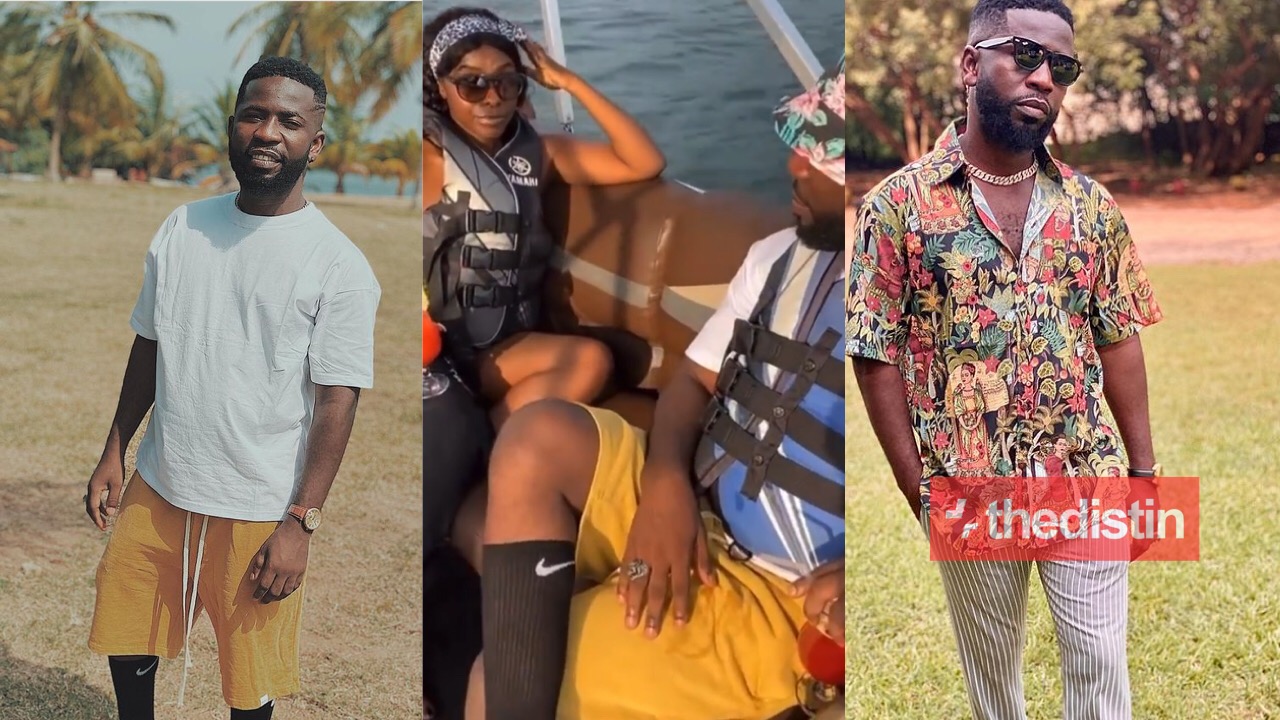 Ronald Kwaku Dei Appiah better known by his stage name Bisa Kdei has been spotted with a gorgeous lady rumored to be his girlfriend.

The Highlife singer was spotted in a boat cruise with his girlfriend whose identify is yet to be revealed.

Video of their supposed baecation was shared by Instagram blogger, Anythinggh who while sharing the video caption it as below:

Bisa Kdei on a baecation