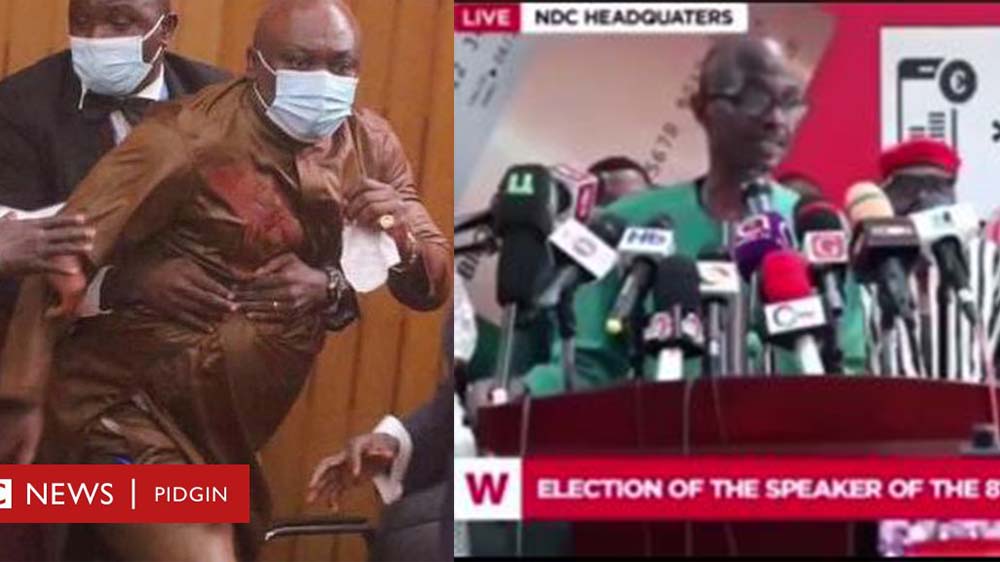 The General Secretary of the National Democratic Congress (NDC), Asiedu Nketia has teased Carlos Ahenkorah for allegedly chewing 2 ballot papers during the voting for the next speaking of Parliament of the 8th Parliament who is currently Alban Bagbin

In his account of what led to the disturbance in Parliament during the election of the Speaker of Parliament for the 8th Parliament, Asiedu Nketiah alleged that Carlos Ahenkorah chewed and swallowed 2 ballot papers in a hilarious manner.

While he was addressing the press at a conference, Asiedu Nketiah stated that it was clear that the NDC’s Alban Bagbin was the new speaker after sorting proved that there were one spoilt ballot and 136 votes out of a possible 275 for the NPP’s Mike Oquaye.

The NDC was in jubilant mood as an expected 138 vote pointed to a win for the party.

According to him, Kyei Mensah Bonsu and Carlos Ahenkorah did everything in their power to make sure the votes were taken again since they realized the NDC was winning.

In a viral video after the voting on the 6th January 2021, Carlos was seen running after snatching some ballot papers while counting was ongoing.

Asiedu Nketiah teased that before they could get the ballots back, the MP for Tema West chewed and swallowed two of the papers.