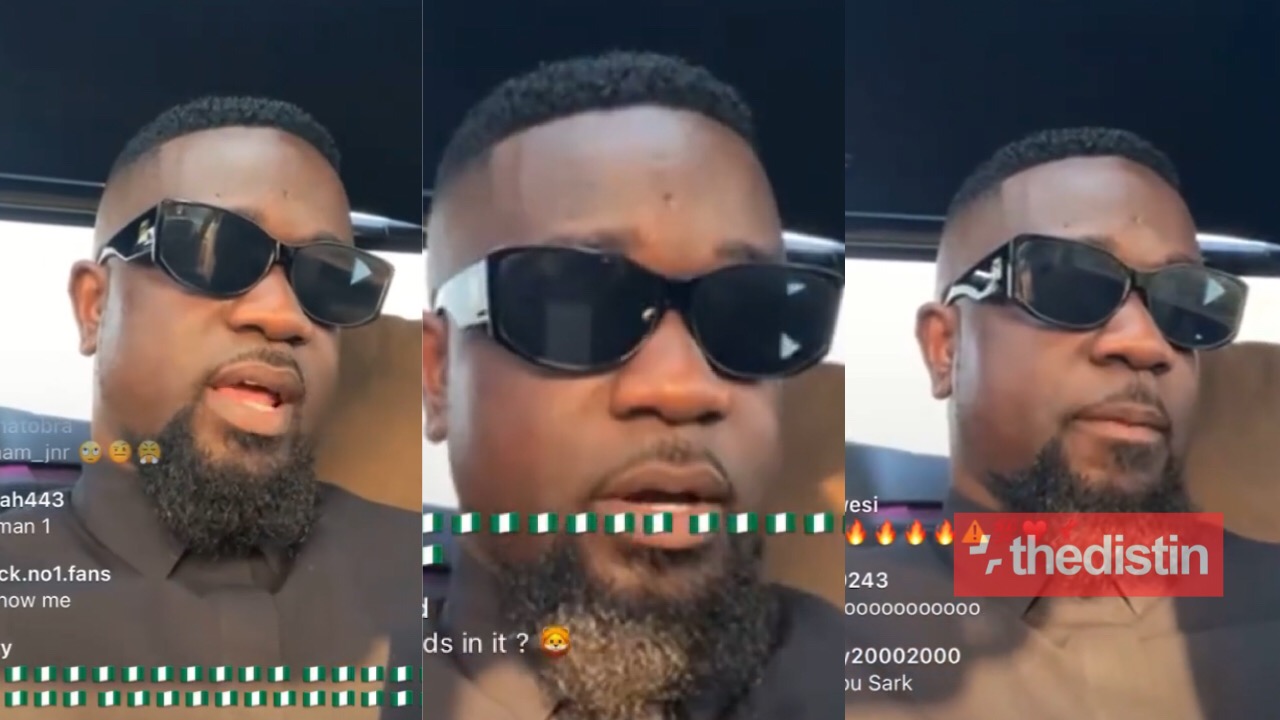 Rapper Sarkodie nearly got involved in a crazy car crash while saying he has the biggest fanbase in the whole of Africa.

The incident happened when Sarkodie went to serve as a Judge at GhOne Tv’s ‘Next Tv Star’ reality show at Alisha Hotel.

The video which shows whether Sarkodie was going to the event or was returning home captured him in his car together with someone who was driving him.

Sarkodie was bragging about him having the biggest fanbase in Africa and showing evidence from his phone.

An unfortunate scene captured the rapper screamed loudly the moment his car was nearly got crashed.