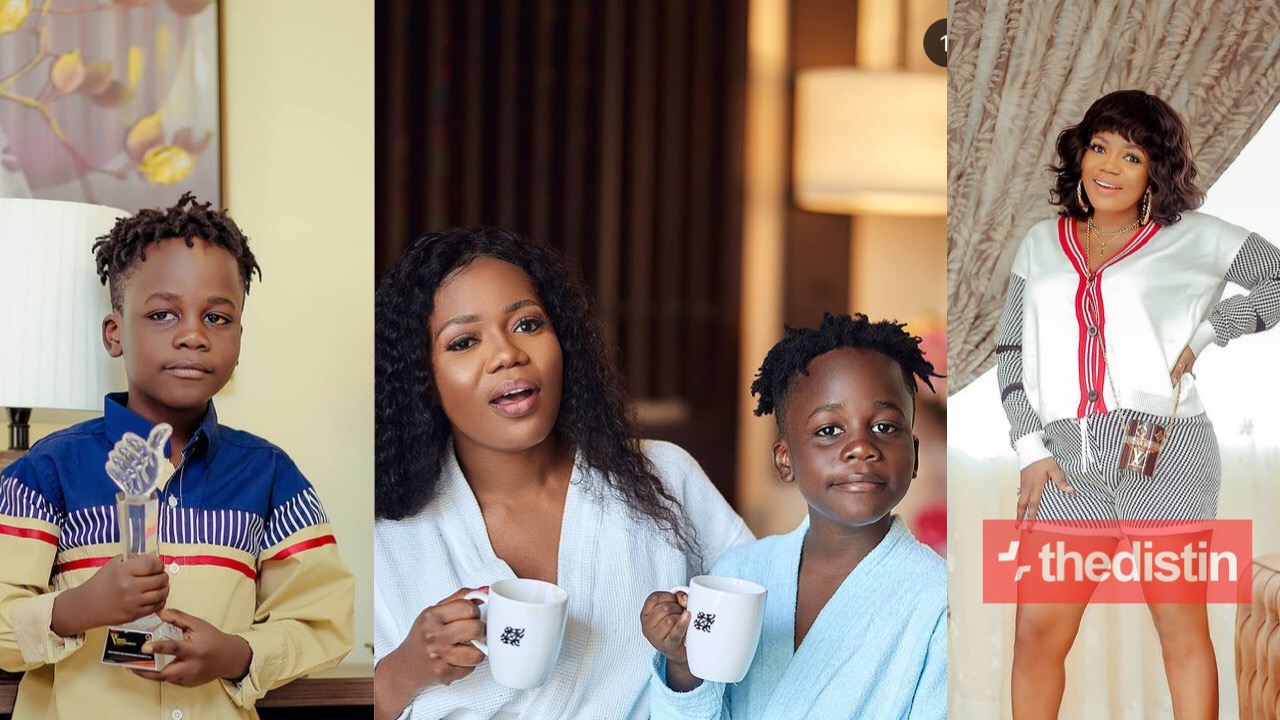 Ghanaian singer Berlinda Nana Ekua, famously known as Mzbel has recorded her son as he talks about President Nana Addo and Hon. Carlos Ahenkora in a disrespectful way.

In the video sighted by Thedistin.com, Mzbel was teaching her son about illegal mining. She asked him a question about that topic and he got the answer wrong and noted that she will take him to the flagstaff house to ask the president for an in-depth explanation.

Nana Kwame Adepa called Hon. Carlos Ahenkora ‘that guy’ as he stated that he looks like the president of the country.

Mzbel’s son, Nana Kwame Adepa as little as he is was teasing the member of parliament for snatching ballot papers.

After the video of Mzbel and her son, Nana Kwame Adepa popped up online, many have described the singer’s son as a disrespectful child.

According to one commentator, he calls former president, John Dramani Mahama Daddy but refused to use the presidency title for Nana Addo.

lydiaamo7 wrote “Don’t let politics be in his head of his age Mzbel. We Iove u don’t behave like dat . Respect is the only thing he needs right now 🙏”

kess_bae penned down “Is this a mother I potty his son see how he is calling someone’s father ,Husband and Grandpa am so ashamed of how this woman is bringing up his son ,please madam teach your son how to respect elderly people” in the comment box

meshach_gyasi_appiah wrote “She is just training her child to disrespect the elders and the authorities in the country. Misusage of social media”

goodnews90s wrote “Don’t drag the kids into this politics and post their videos on social media. As parents we should protect them from these things.”

narh101 wrote “This is not a good training at all mizbel”