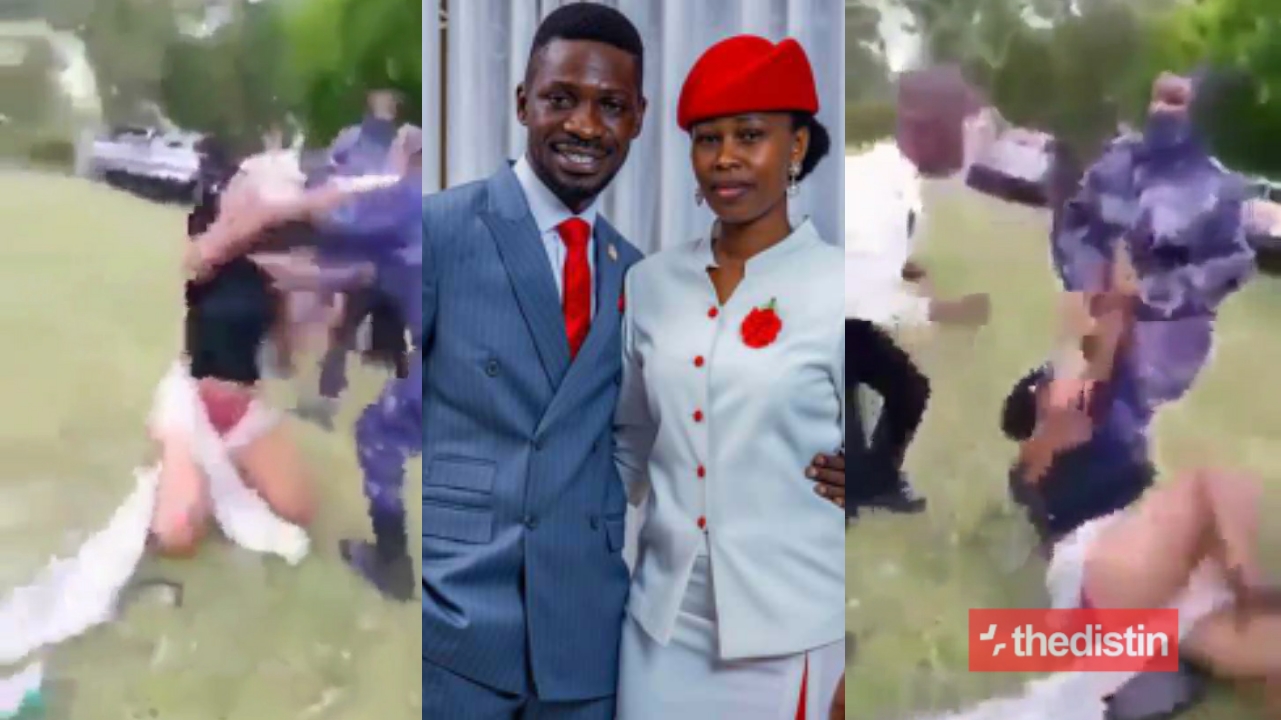 Her husband, who is currently serving as a Member of Parliament for Kyadondo County East constituency is hoping to unseat President Yoweri Museveni, who has been in power since 1986, as Uganda head to the polls on Thursday, January 14.

Read Also: “the worst will be done to your daughter” – Wendy Shay Replies Keche Joshua For Saying She Is Depressed And On Drugs

In this video shared by Anyamah Douglas, a Ugandan National, a woman believed to be the wife of the presidential candidate Bobi wine, can be seen being led away by some security officers

At one point, she is seen struggling with the police officers before she was stripped to her underwears in front of her son after being pushed to the floor.