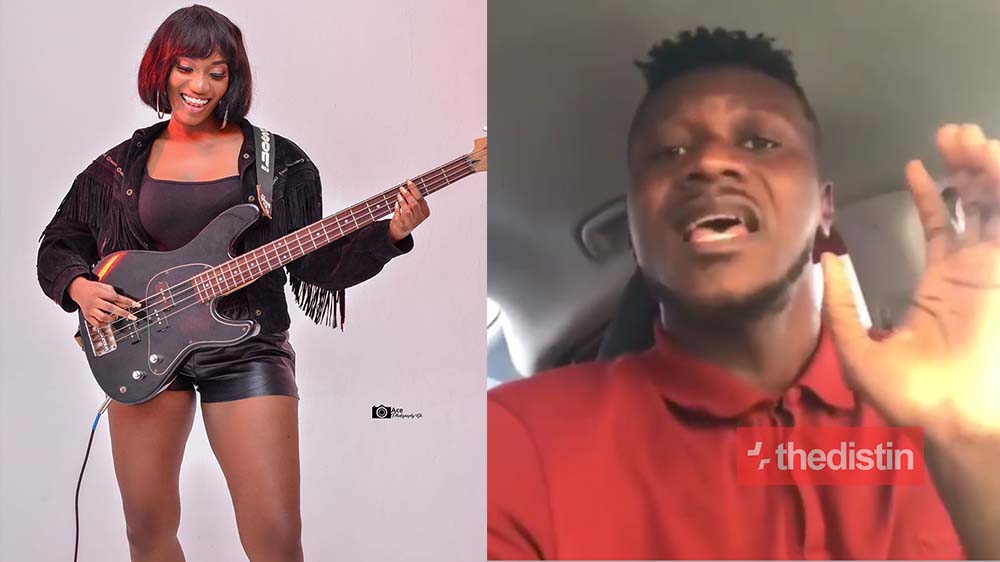 Also in the video, Joshua was seen laughing at the end of it which gave the impression that he was mocking her whether what he was saying was true or not.

Wendy Shay’s mother Obaapa Kaakyire Addo also reacted to rumors and allegations that her daughter is on drugs as she blast Keche Joshua, Delay and other critics. Click here to read and watch the video

Well, Wendy Shay, after her mom has replied to Delay and called her to order, has also shared a tweet addressing what Keche Joshua said about her.

According to her, Keche Joshua needs to be ashamed of himself for mocking her for the sake of it.

Wendy Shay added that the worst will be done to his daughter and stressed that she is not on drugs and not going through any sort of depression.

kecheJoshua are you not ashamed of yourself?.your Wife shd be ashamed of you ..an old artist mocking a fellow young artist who is a woman They will do the worst things to your daughter For your Info I’m not on drugs and I’m not going thru anything Hater! #bringbackprayfortheworld