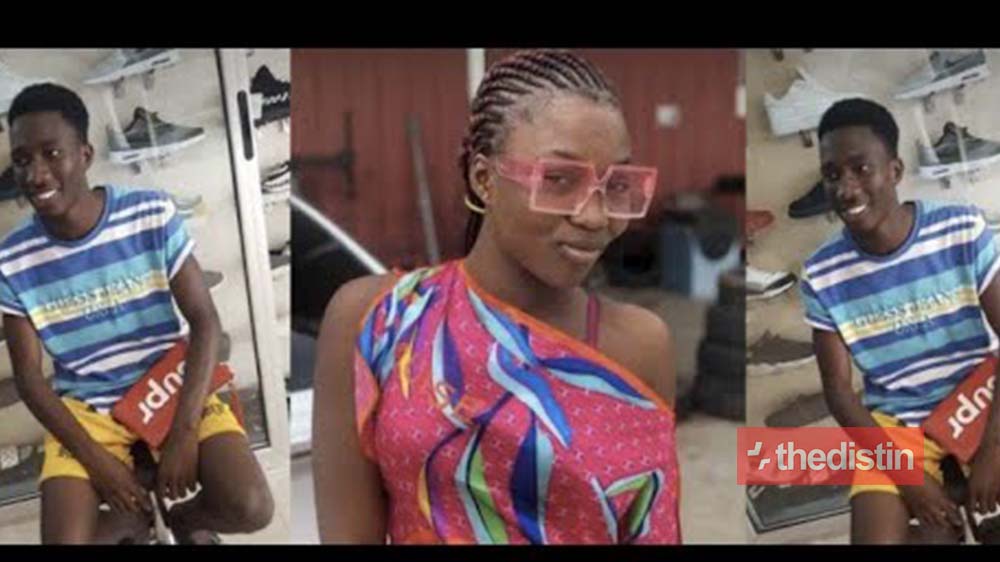 According to the mother and twin sister of the diseased, on one fateful day, the late Julie had a misunderstanding with her boyfriend who visited her at her workplace and even broke her phone that same day.

Now due to the fact that he didn’t buy the phone for her, her twin sister told her (Julie) to make sure the guy buys her a new phone.

The very day the guy replaced the phone he has destroyed, he allegedly called her after she closed from work to meet her outside her house since she was at home around 9-10 pm.

According to the late Julie’s twin sister, before her boyfriend called, she was telling her that she will break up with him because she feels he will not help her.

Just a few minutes after she went out to see the guy, they found her in a pool of blood lying lifeless behind their house.

The young man according to the late Julie’s mother and her twin sister stays at Afienya and after she was killed, they strongly believe he was the one who killed her due to the misunderstanding they had earlier which led to him breaking her phone with anger.

They added that the said guy is quick-tempered and after reporting the case to the police, the mother of the said guy told the police that they have not heard from him since the day the lady died.

The police had no other choice but to arrest his mother and his sister till either he reports himself or he is arrested for investigations to begin since all fingers are pointing at him.