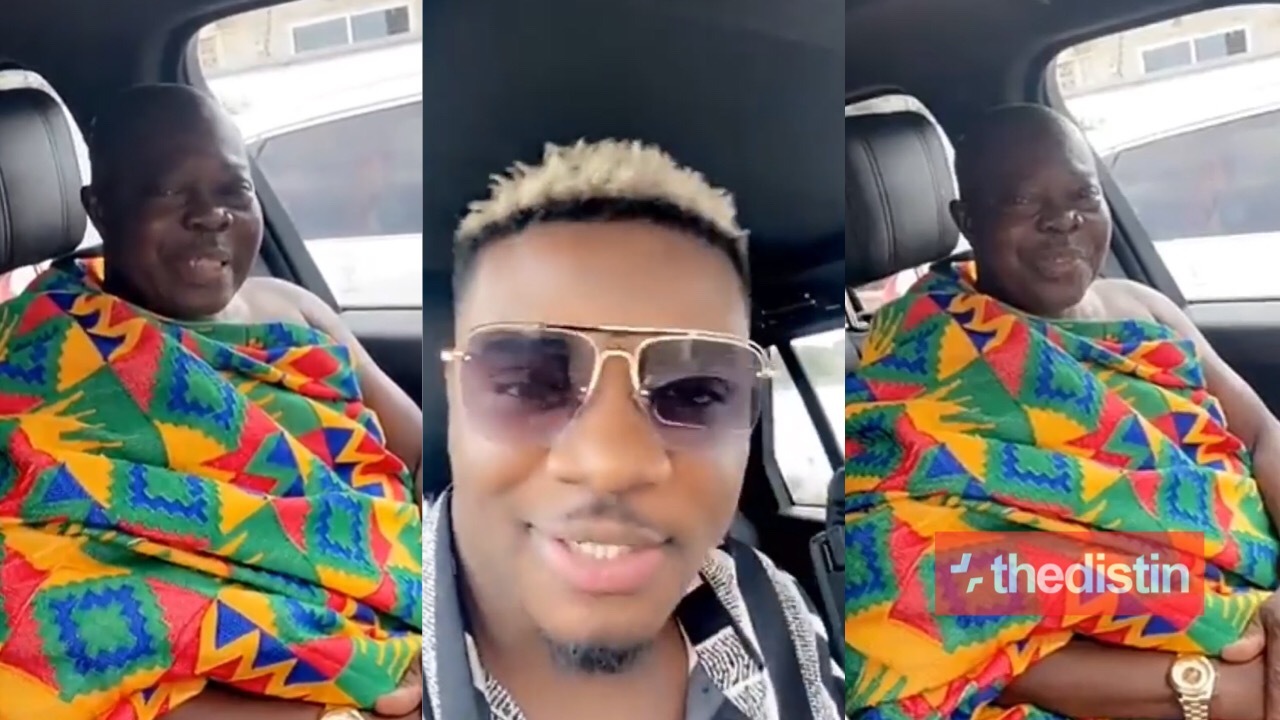 Are you from a royal family? – rapper AMG Armani says as he shows off his biological father, Nana Osei Amoako, who is a chief in Kumasi.

Arab Money Gang (AMG) Business rapper, AMG Armani has shared a video of himself with his handsome young looking father on social media.

Apparently, this is the second time the rapper is showing his father as the first happens to when they met radio personality, Andy Dosty in Kumasi.

He has also showed off his mother on social media before.

The hard-core rapper who is really putting in enough work and pushing the craft across board keeps on proving a point to all.

AMG Armani, unlike most rappers, really loves to lay low in terms of creating controversies and instead prove his worth on the Microphone.

At the moment, he isn’t an underground but a clear A-list artist who is treated with much respect.

In the video available to Thedistin.com, the rapper in his car inside his house videoed his father who urged all to support his son.