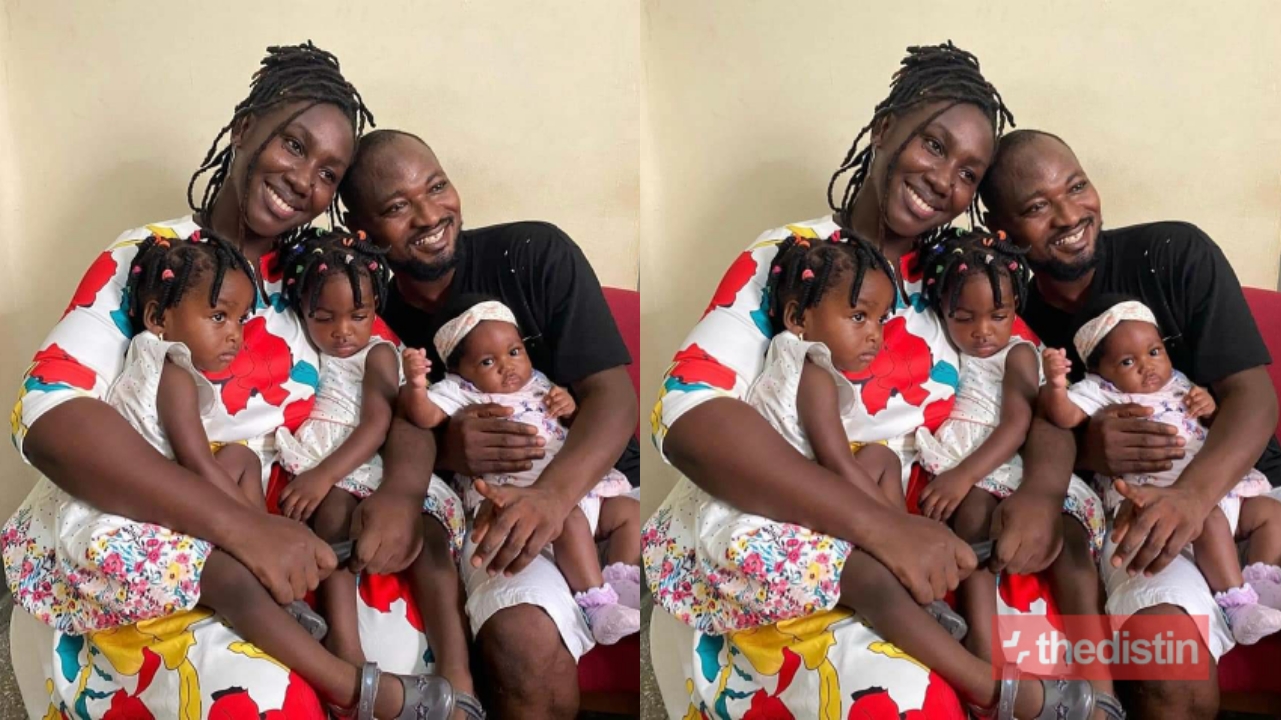 Comic actor Funny Face has been going through a lot since last year during his social media banter with his baby mama Vanessa.

Just a few weeks ago, Funny Face was arrested by police and brutally assaulted before his arrest.

Afterwards, he was sent to an Ofankor circuit court to hear his matter and was ordered to spend two weeks at the Accra Psychiatric Hospital.

Well, many Ghanaian celebrities reacted to what was happening to their colleague actor, Funny Face.

Some suggested that Funny Face reunite with his Baby Mama Vanessa and his twins daughters Ella and Bella.

Finally, Funny Face has reunited with Vanessa, his twins daughters and his newbkrn baby girl.

A carefully look at the photo show delightful smile from Funny Face.