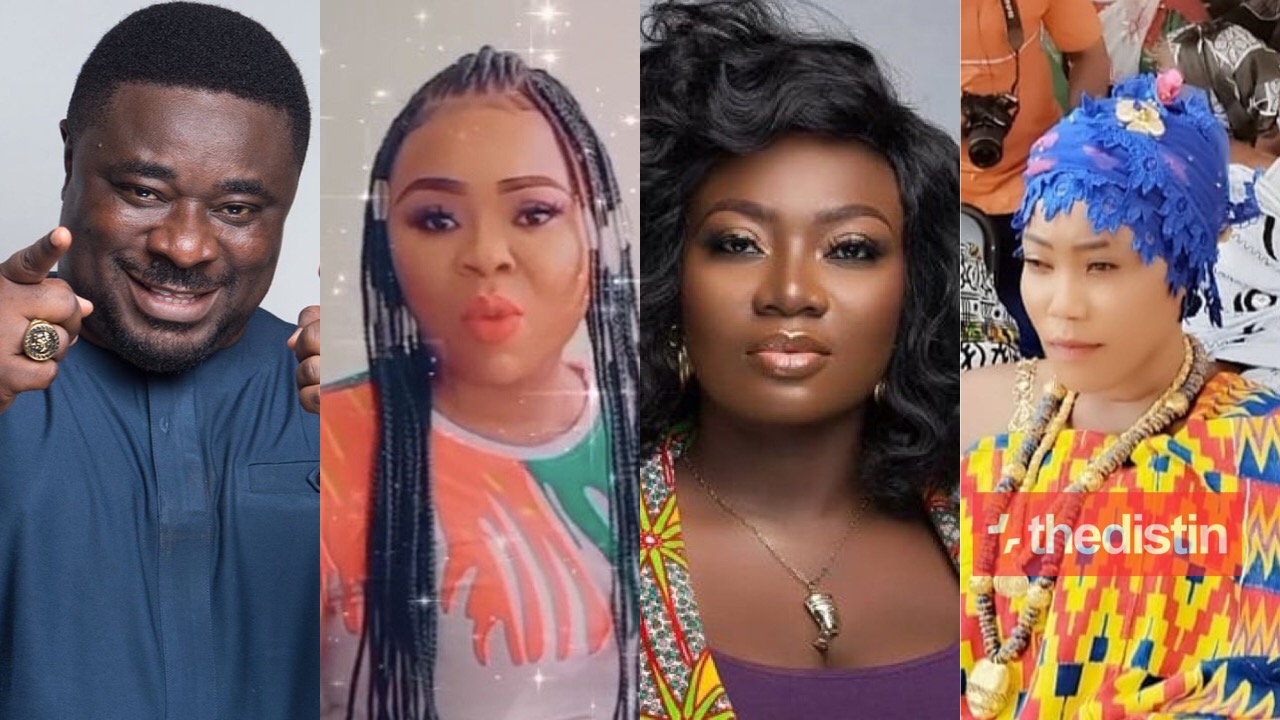 Adu Safowaah has shared a picture of a Queen mother in one of the towns in Sunyani alleging that Okyeame Quophy’s wife, Stacy Amoateng is currently fighting the Queen mother and her Kontihene.

Explaining further, Adu Safowaah said Stacy Amoateng‘s mother wants that position as the Queen of that town and they are fighting her for it. Adu Safowaah added that Stacy was around during the enstoolment of the current queen and she even gathered some media men to support her.

Adu Safoowah, the fearless woman called Okyeame Quophy “Oluman jobless small dick” adding that he should make money and stop depending on Dr. Kwaku Oteng because none of his children’s names are going to be in the businessman’s will but Akua GMB’s children will get some because the man cannot deny the kids.

Oluman jobless small dick, Woboa, bring it on. Retired at 20, Akpeteshi employee at 59.. commot. Bring it on…

If u re sensible with a good bank account, you will realise that, the man can’t deny his blood (Akuas children)… ok probably the self acclaimed son, bronzy is promising you two … but the bronzy guy bi worker oooo…hahaha

Dr Akpeteshi don’t have any of ur fat shit kids name in his WILL ooo, so think of wat u will leave for them anaa @quophiokyeame wosee afternoon drive? Hahaha

After blasting the radio presenter, Adu Safowaah then channeled her attention to giving more insights about their plot against Sunyani queen’s position.

She made a clear point that the current queen is Stacy Amoateng’s cousin and when Stacy’s mother was fighting her over the queenship position, she thought Stacy was not aware and she kept her trust in her asking her to have a word with her mother but unknowingly to the queen mother, Stacy was behind the reason she is fighting her.

Adu Safowaah switched to part two of her expose about Stacy Amoateng and her husband, Okyeame Quophy and this time, she talked about something within Angel FM.

We all know that Stacy Amoateng is the Executive Director of Angel Broadcasting Network, ABN.

According to Adu Safowaah, she painfully removed DJ Willi as the programs manager and gave that position to her husband and also, she removed the host of the “Afternoon Drive” and placed her husband there.

Dj willi of #Akpeteshi fm was the programs manager.

Lastly, Adu Safowaah told Okyeame Quophy that she will employ him when Dr. Kwaku Oteng sacks him and still insisted he has a small d!ck.

@quophiokyeame p3t3 npo u know dey mong… Mr wife, when Dr Akpeteshi sacks you, I will employ your small dick not yourself oooo… hahaha…
Tell dem how you were beating Mrs husband…
Sorry in your next world, work hard to make money to get control, thus how God created Men ….. DO YOU CARE TO KNOW? i get money pass u… hahaha Mr wife.