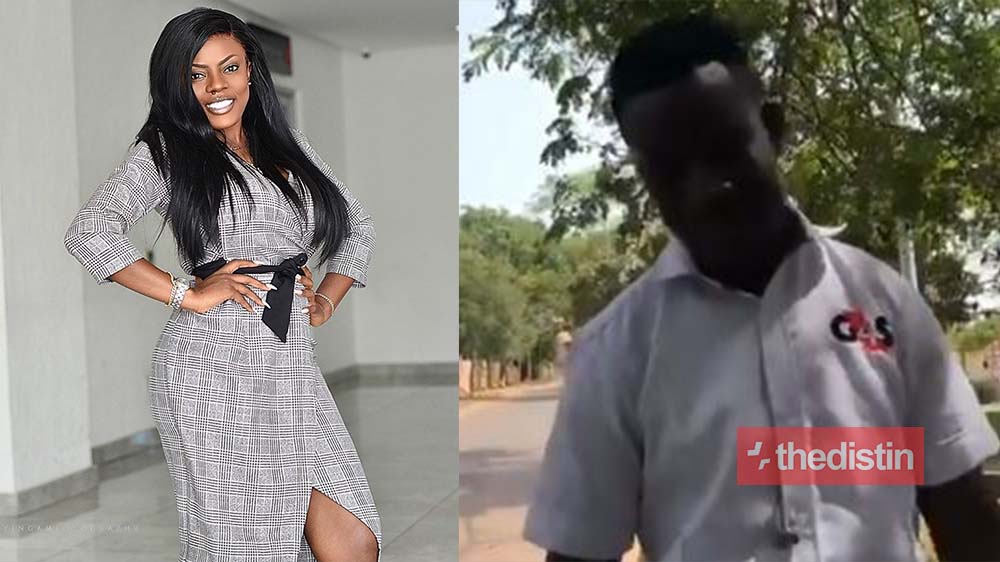 Nana Aba Anamoah saw the video of the young ma on Twitter after it was shared by “Surr Mike”, who said that they met the young security man and he told shared his life story with them.

According to Mike, they were in the area to shoot a music video and this security man came from nowhere and offered to do some radio presenting with the song they are shooting a video for.

He said he has a passion for presenting and hopes to become a presenter one day but he has no educational background in the art and there is no money to help him too.

Read Also: Kasoa Killing: Grandfather Of 18year Old Suspect Reveals He Is A Thief And Was Once Detained After Stealing $10,000 From Work

Meanwhile, reacting to the video, Nana Aba asked the young man (Surr Mike) to link up with the Caleb Nii Boye who is the host of Showbiz on EIB Network’s Starr FM and added that they will be glad to make his dreams come true.

The team at @Starr1035Fm will be happy to meet him for a conversation. Kindly send him our way. @CalebNiiBoye is your man for the link up.

God bless you for being kind enough to share his story ❤️ https://t.co/4XWaxNjKAO