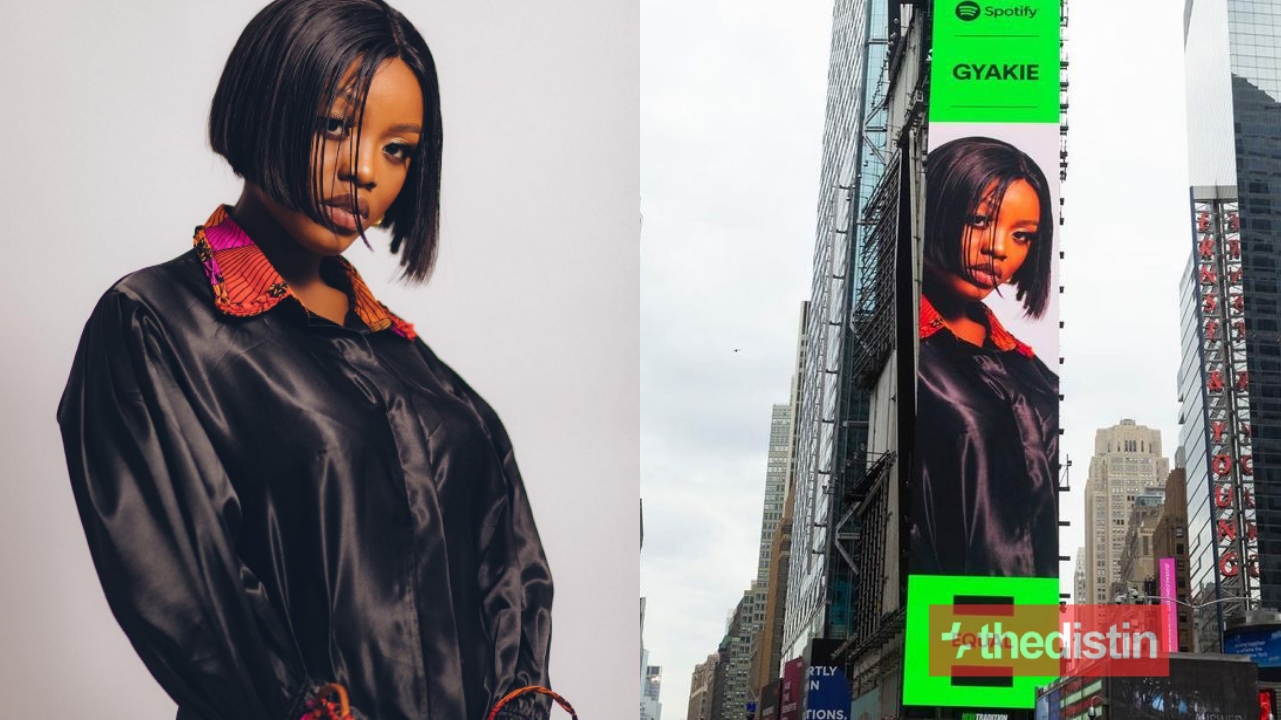 Her partnering with a top audio streaming platform like Spotify got her featured on a billboard at Times Square in New York.

Read Also: I Get Worried When I See Zionfelix Kissing And Squeezing The Nufuo Of Female Celebs – Minalyn, Girlfriend Of Zionfelix Says | Video

Gyakie took to her social media page to share the exciting and show her appreciation to Spotify.

According to her, she is deeply honoured to be the first African Woman to partner with Spotify.

She shared shared video and wrote;

“I am deeply honoured  to be the first African woman to be partner with @Spotify for Equal. This is huge for so many women across the continent and the entire globe…”