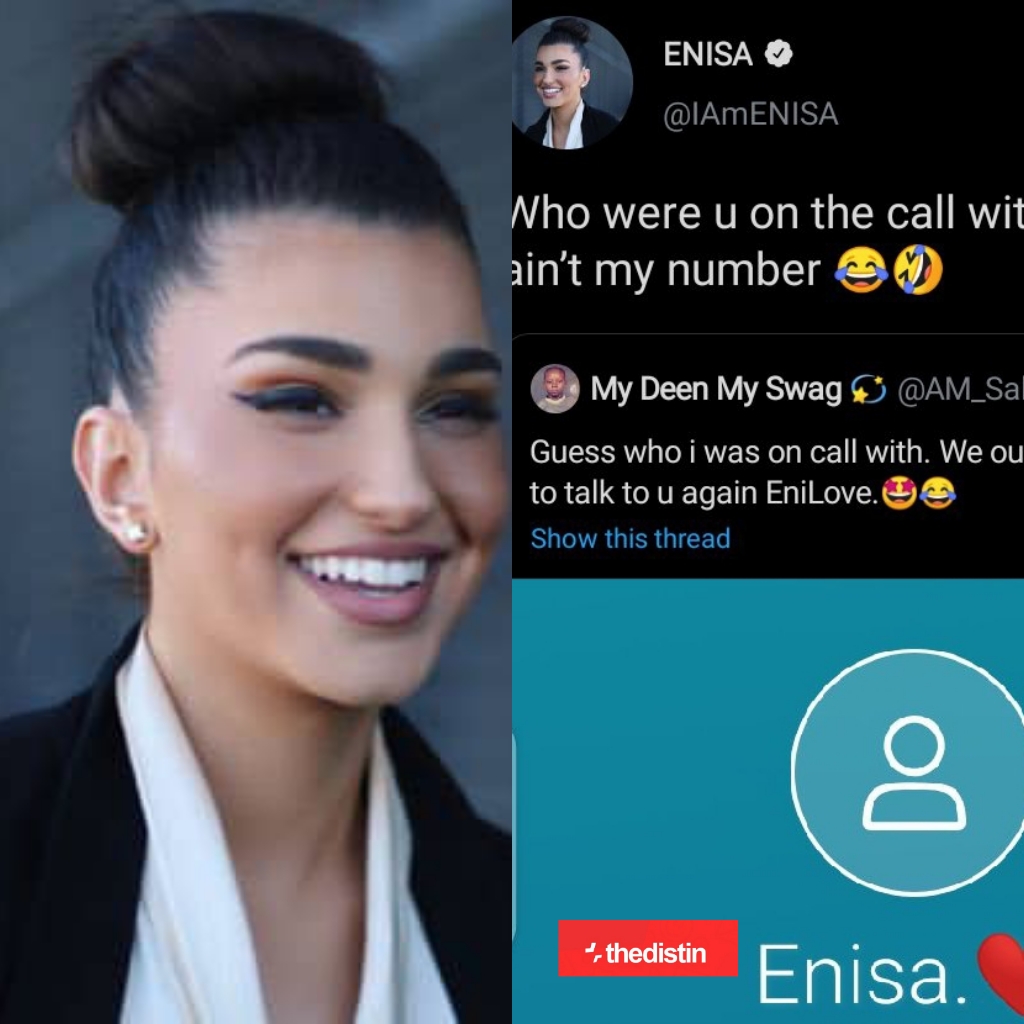 American singer Enisa Nikaj has exposed a Nigerian man who allegedly showed screenshot of him talk with her.

According to a thread on Twitter, the man shared his call log which shows he was in contact with the American singer Enisa after she visited Nigeria.

‘Read also: s3x with him sweet pass my husband own’ – Married Woman Caught Sleeping With Another Married Man Reveals (Video)

However the Celebrity in response has denied the fact that she is not the one whom the guy talked to because the number showing on the screen is not hers.

This has made netizens to troll him for trying to be famous over something he has not done.