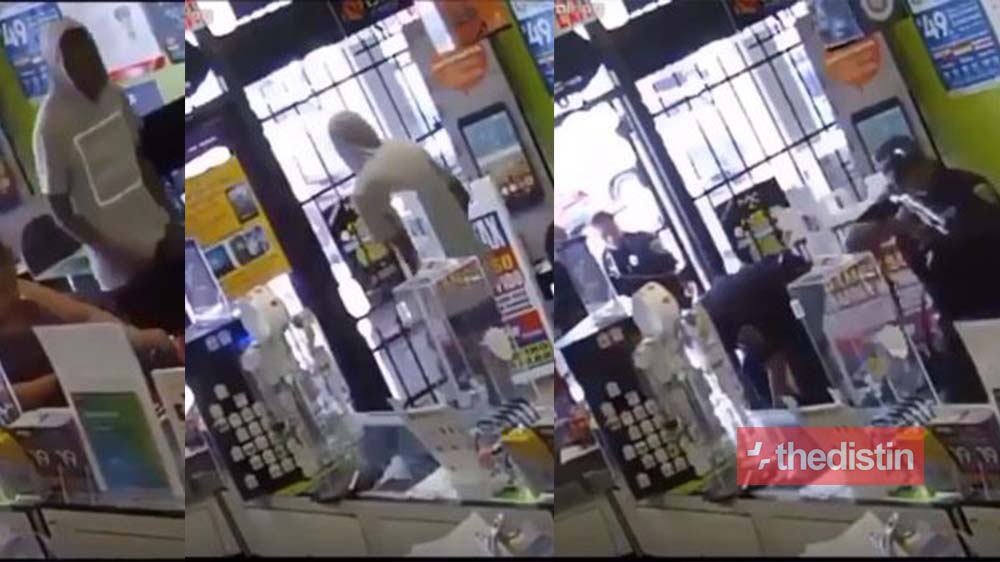 In the video, you will see that he walked into the grocery shop and walked straight to where the salesperson was sitting forcing her to bring the money.

The funny thing is, he passed by a policewoman sitting right next to the main entry but didn’t care about that, or it’s either he didn’t see her.

The police after realizing he was there to steal and probably harm an innocent person quickly did what she was trained to do during such cases.

She quickly and brilliantly opened the door for everybody inside the shop to run out and locked the door on him.

Within some few minutes the police arrived and arrested him.