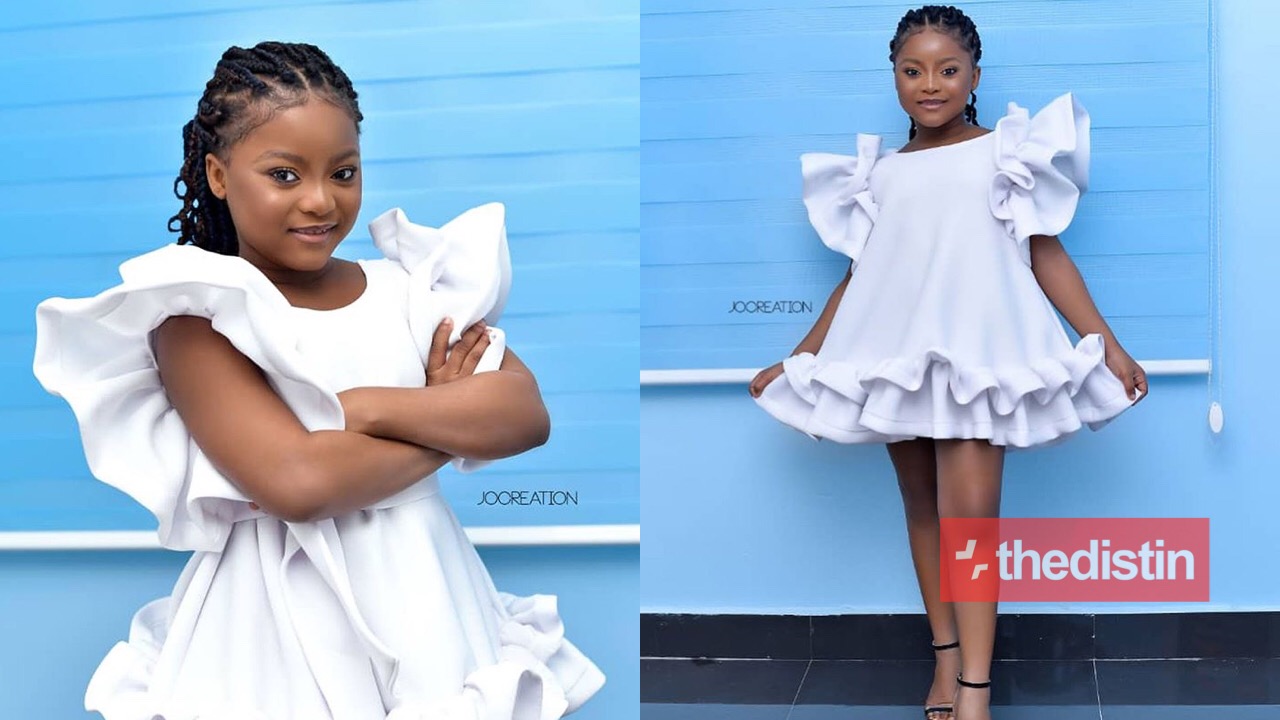 The winner of TV3’s Season 10 Talented Kidz competition, Nakeeyat Dramani Sam widely known as Nakeeyat The Poet has revealed she will start slaying when she turns 18 years and she happens to be in the university in her interview with Delay.

On Deloris Frimpong Manso’s latest episode of her The Delay Show, she had a guest it happens to be our very own, Nakeeyat The Poet.

A snippet of their interview has been shared by Delay and it has Nakeeyat The Poet proving to be smart just like she always shows when she is reciting her poets.

Delay asked Nakeeyat The Poet the prizes she was awarded when she won the 10th season of Tv3’s Talented Kids Realty Show.

Nakeeyat The Poet answered saying she received money (Ghc100,000) and some products and the money is still at the bank.

Nakeeyat The Poet noted that she will start using the money when she turns 18 years and she happens to be taking care of herself in the university.

Nakeeyat The Poet said she will turn a ‘Slaybrity’ when she grows.

Watch a snippet of her interview with Delay below:

After a snippet of her interview was shared, many celebrities have reacted. Almost all actors and other celebrities who reacted were commending her on how smart she is.

nakeeyat: Yeahhhhh🙌🙌🙌 thank you Mama for having me❤️❤️❤️