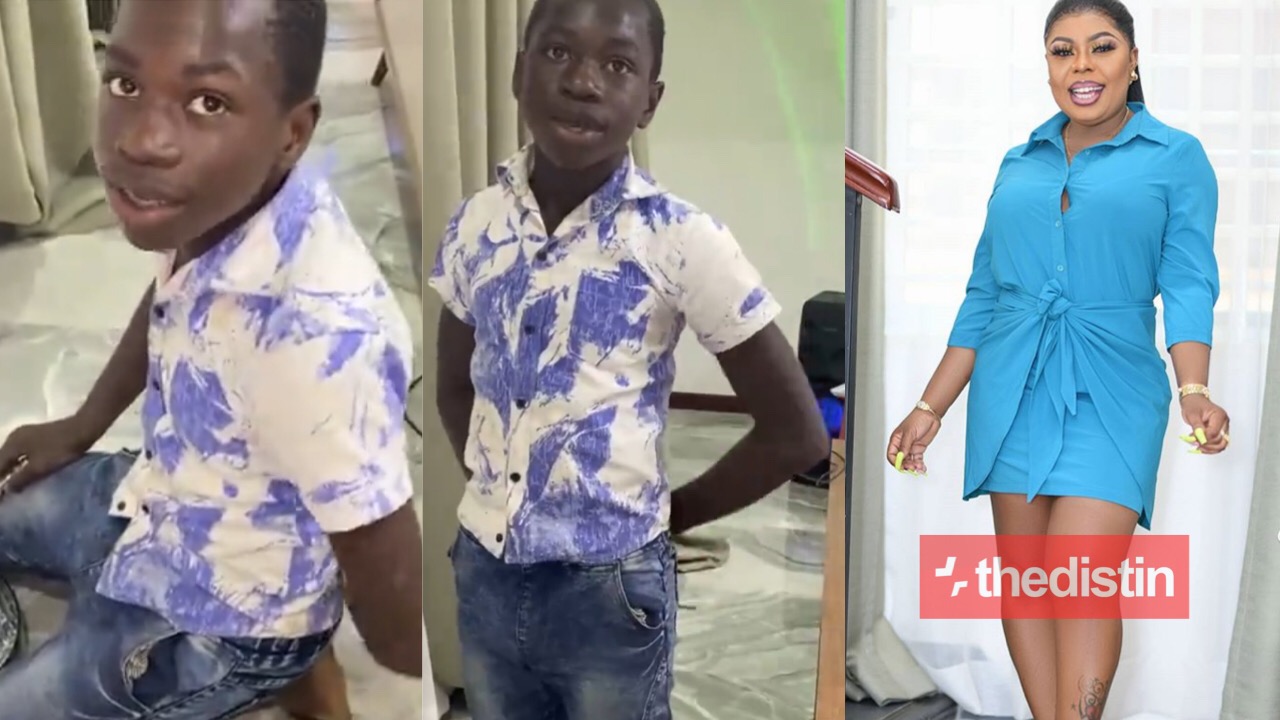 Emmanuel Newnson, 11-years-old JHS student who is also a DSTV Installer gets Afia Schwarzenegger astounded after he went to fix her DSTV in her house.

Afia Schwarzenegger has received the shock of her life after she sighted on a young boy who is a Dstv Installer when he visited her house to get her dstv installed.

According to Afia, the boy is very smart to be working at his tender age and she even announced to the world that he is her new son when sharing the news to her followers on social media.

Since Afia was extremely shocked, she approached the the young boy and interrogated him to know more about himself, his school and his family.

Emmanuel Newnson said he is 11-years and lives at McCarthy when Afia Schwarzenegger was asking him for information about himself.

Emmanuel Newnson said he schools at Bresile Academy and he was introduced to his current body of work (Digital Satellite Television) by his uncle. Emmanuel also said he lives at Maccarty.

Surprised actress and comedienne, Afia Schwarzenegger while sharing the video captioned it as below: