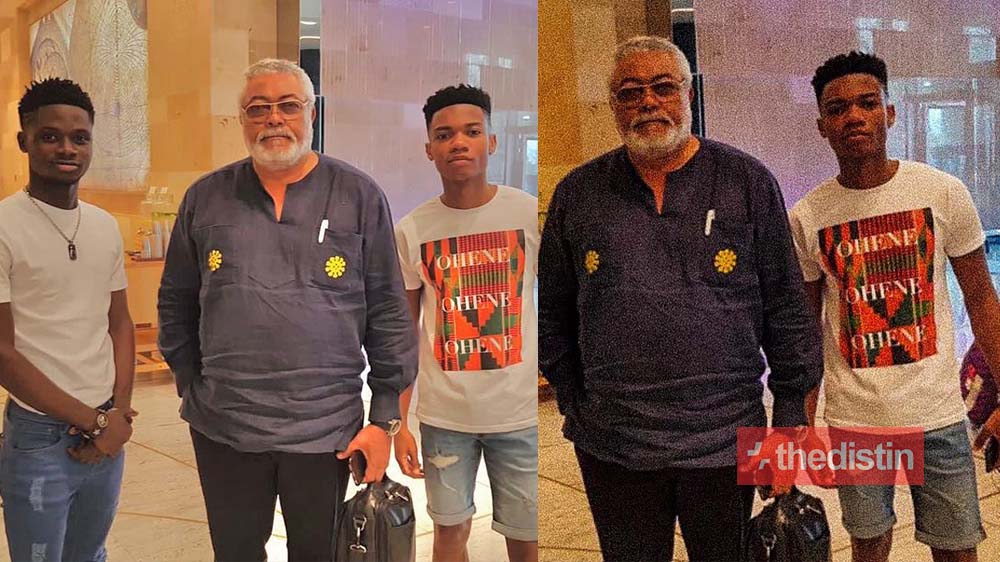 It all started when KiDi decided to mourn and pay his last respect to the death of the late former President of Ghana by sharing a picture he took with him as other celebrities are doing.

Apparently, the original or full picture had Kuami Eugene in it but when KiDi was sharing it, he cropped him from it.

However, this single act of KiDi got a few reactions from netizens who described what he did as a very bad attitude

Kuame has posted the full picture but you crop him out when posting it, bad attitude

Come to think of it kiDi, Eugene posted this picture and didn’t crop you out.. so you doing and tryna explain why doesn’t make sense… Not cool bruh

Meanwhile, KiDi reacting to this wrote at the comment section

This is not a post about happiness or Friendship. This is a post about a dead person. I post this solely to show my respect to the dead, the fact that you people want to focus on a crop beats me. Take this pseudo-anger far from here. Or you just want something to complain about. Gyimie b3n ni