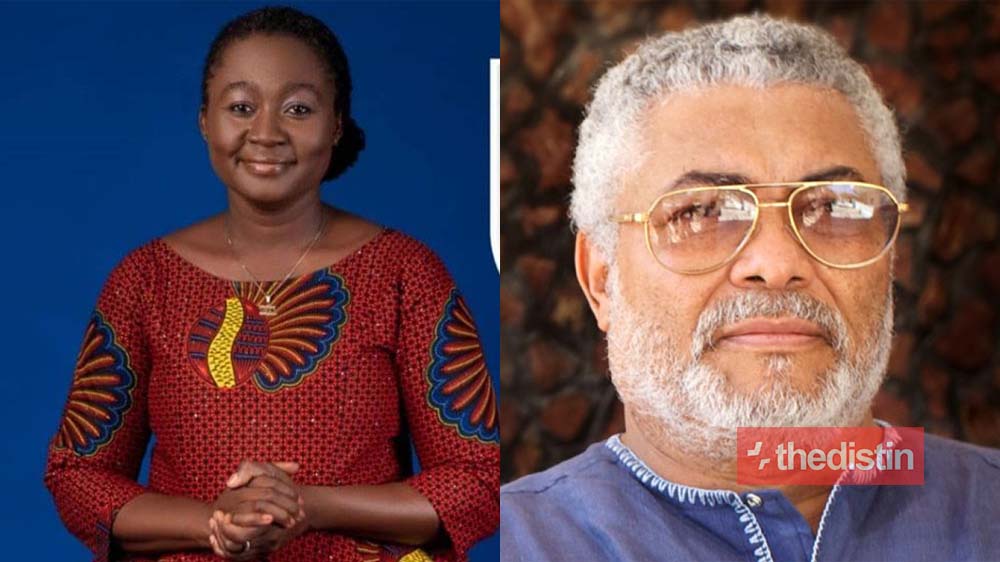 Nana Serwaa Acheampong, the daughter Of former President Ignatius Kutu Acheampong Says Rawlings’ death was too easy because he should have suffered before dying for killing her father

According to her, the late former president and founder of the National Democratic Congress (NDC) died too easily and too comfortable because he should have suffered before kicking the bucket.

She added that Rawling took away her father by firing squad so he dying like a normal death was came too easy for him.

She further expressed how she feels about the children of the late President saying that, at least they got the chance to enjoy their father’s love and support as compared to her who lost her father at age 6 by firing squad.

Fmr. President J.J. Rawlings is dead said my visitor, I said it’s fake news! What’s the source I asked, Graphic online he said. Then it must be true. How? Was he sick? We hadn’t heard that he was sick. I checked my phone, loads of posts confirming that yes indeed he was dead! When he was alive people often asked me how I felt about him. My response, nothing and it’s true, because if I had spent my life hating him for having killed my father, what a wasted life that would have been. Now he’s dead, and somehow I feel robbed, cheated because unlike my father, Rawlings’ death was too easy, too comfortable probably. Death by firing squad, that’s how my father died, when I was just 6 years old. At the time I didn’t understand, but as I grew up, it started to become clearer, I had no one to call father. Now I think, his children and I are the same fatherless! But at least they grew up knowing their father, they grew up being provided for and protected by their father. So no we are not the same. Rawlings took my father away from me by firing squad, leaving me with no father to provide for me or protect me. Rawlings is dead and I feel cheated. If there is an afterlife where you meet those who have gone before, I wonder what Rawlings will say to my father, who showed him kindness, and all the others he killed so ruthlessly. In this life, Rawlings never acknowledged the pain he caused so many of us, never said sorry for our loss, or showed remorse. Nothing! So Rawlings is dead, to me, his death was too easy, too comfortable, unlike the death, he gave my father and countless others. Aside from this, I feel nothing about the man, except pity for his children who now know the pain of losing a father.
Thank you to all those reaching out to me at this moment