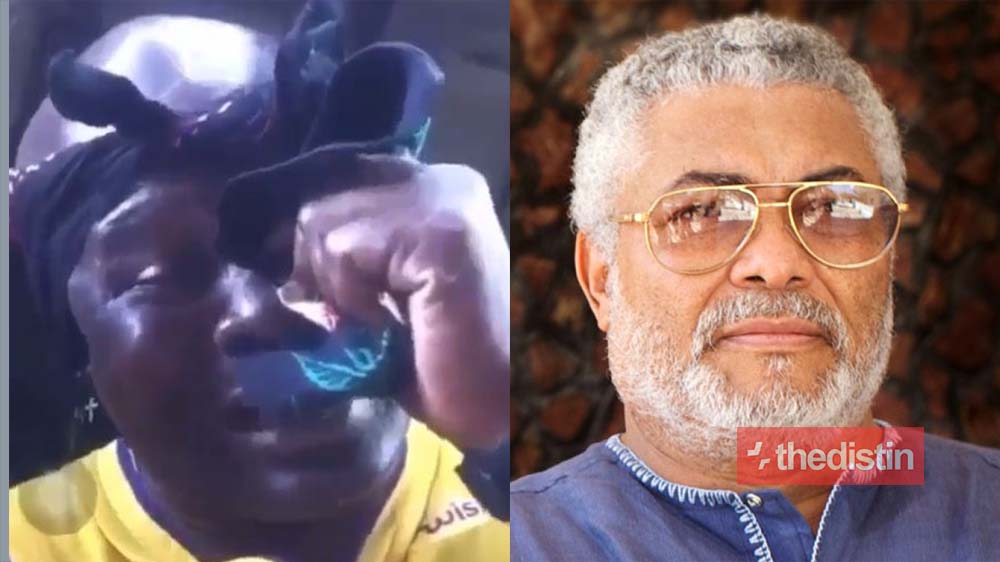 Ghanaian international boxer, Braimah Kamoko who is popularly known as Bukom Banku cries like a newborn baby over the death of the late former Prez. Jerry John Rawlings

A new video sighted on social media by thedistin.com sees Bukum Banku weeping bitterly and wiping his tears with what looked like a bandana.

Bukom Banku was heard asking why the former president would depart the world so soon and wondered who was going to run the National Democratic Congress (NDC).

Read Also: Sad: Last Video Of JJ Rawlings In The Hospital Before He Died Pops Up (Video)

However, the fact that he was crying and was videoing himself at the same time made netizens describe it as crocodile tears

yukarta Crocodile cry. How can you video yourself crying like that. Nonsense!