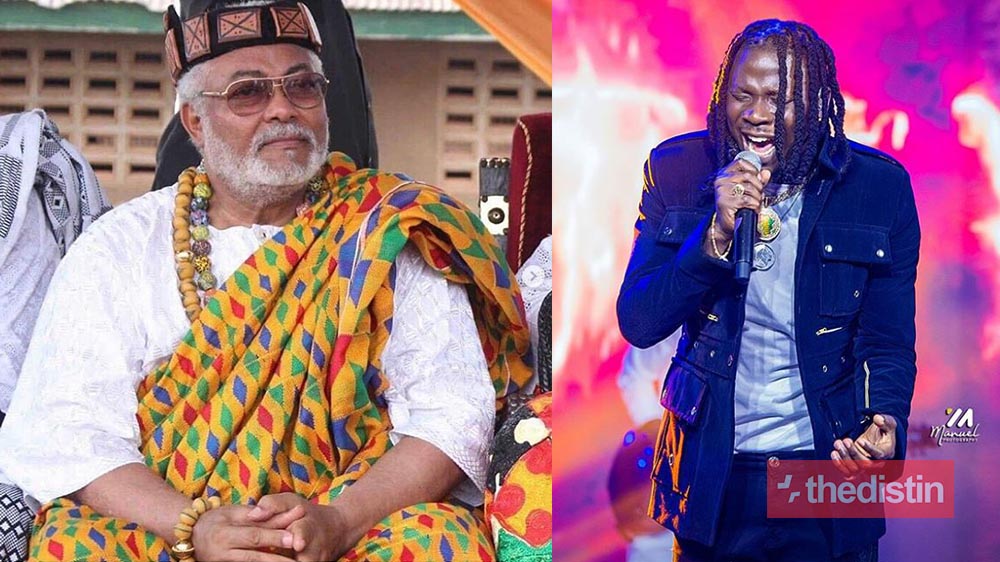 Papa J as he’s affectionately called by most Ghanaians joined his ancestor yesterday after he passed on at the Korle Bu Teaching Hospital.

According to reports, former President Rawlings passed away 10:10am earlier Thursday morning.

Read Also: “All I Wanted Was Kids That Looked Like J.J” – Afia Schwarzenegger Uses Her Sons To Mourn Late Rawlings

His demise has shocked Ghanaians across the country and many have sent their condolences to the family of Rawlings.

Stonebwoy happens to be latest person to send out his condolences to family of Rawlings.

Read Also: Portia Asare Boateng: 10 Photos Of The Curvaceous Ghanaian Kumawood Actress That Will Amaze You

Democracy is not realized merely by having a machinery for registering voters and getting them tDancehall artist and Bhim Nation President Stonebwoy has reacted to the demise of Ghana’s former President Jerry John Rawlings.o vote every four years, but also by there being a machinery for identifying the needs of those voters in between the election periods, and monitoring the realization of those needs.”
H.E FL. Lt Jerry John Rawlings
1947-2020