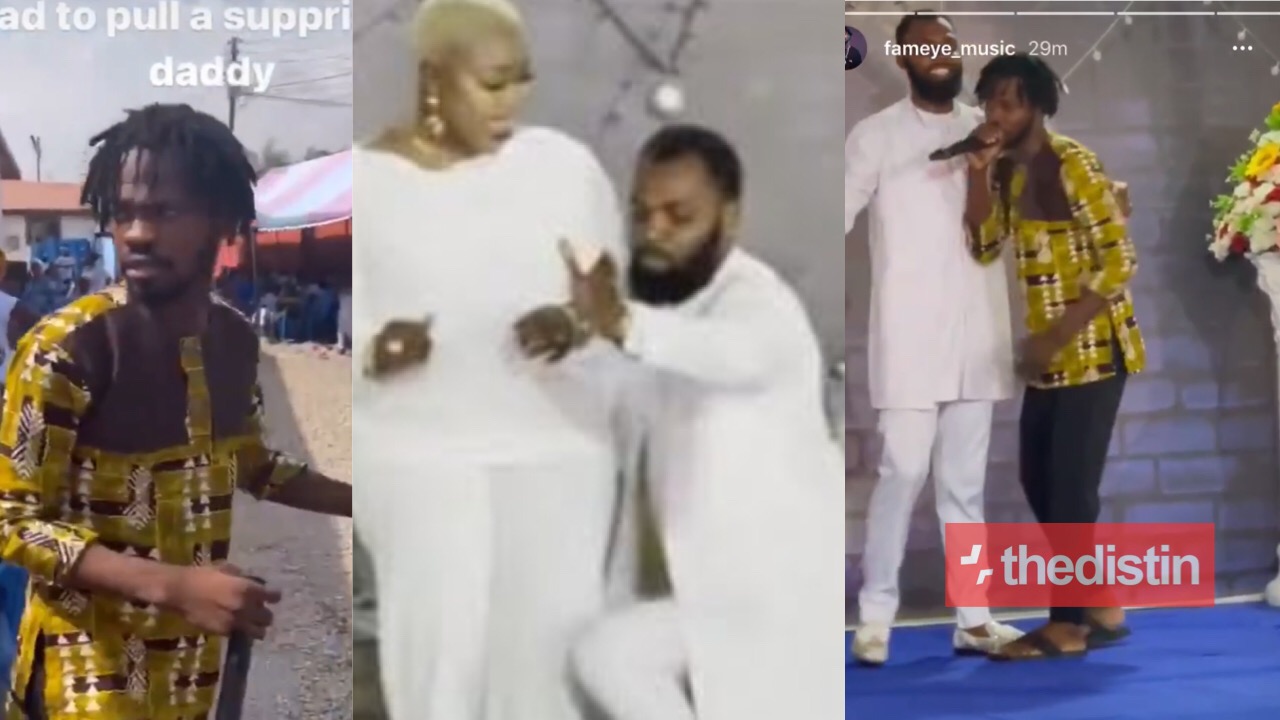 Singer Fameye pulled a big surprise on Rev Obofour in his church on the first Sunday of the year with a sterling performance.

Fameye and his team in a new video were spotted at the church of Rev Obofour called Anointed Palace Chapel (APC) just to surprise him.

Fameye entered the house of God while singing his ‘long Life’ song he featured rapper Kwesi Arthur which made the over thousand of congregants present scream.

Obofour upon spotting Fameye stood up and danced to his songs.

Rev Obofour while enjoying Fameye’s performance grind his wife, Bofowaa and the congregation went gaga with a loud screaming.