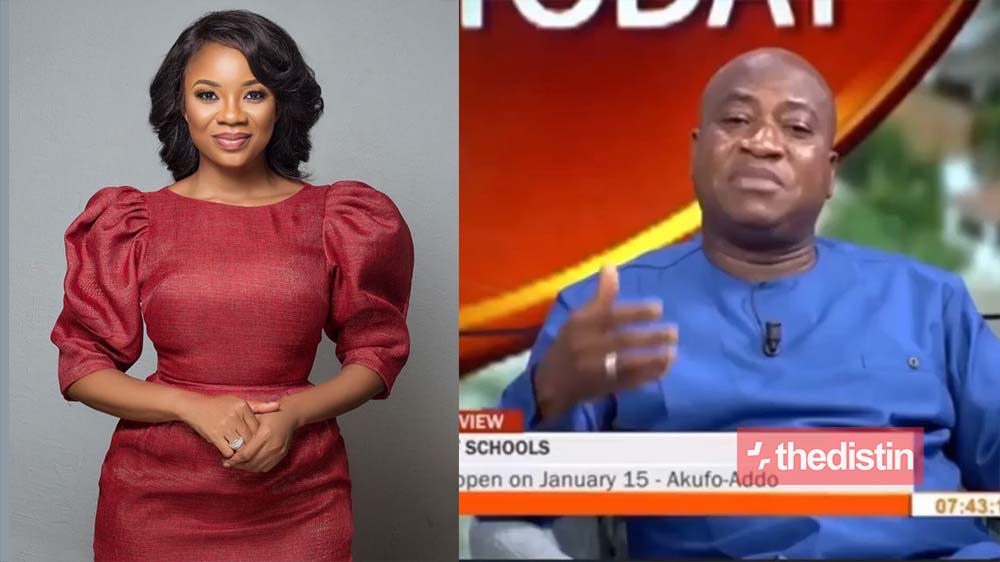 NDC MP-Elect Murtala Muhammed and Serwaa Amihere of GhOne TV have started 2021 on an interesting note as the two clashed on live TV.

The two clashed in an argument on live TV during GhoneTV’s morning show.

From a video sighted, Serwaa Amihere in a heated debate on GhOne TV challenged and accused Hon. Murtala Mohammed for violating the COVID-19 protocols at a collation center in his constituency during the elections.

The Tamale Central MP who saw Serwaa be spewing lies against him on national TV in anger blasted her. He refuted the claims by the journalist that he flouted the coronavirus protocols.

Read Also: WhatsApp Chats Of A Married Woman Begging A Young Guy To Sleep With Her | Photos

Murtala Muhammed called Serwaa Amihere a liar on live television after she said that she saw a video of the NDC MP-elect at a coalition flouting covid 19 protocols.

According to Murtala Muhammed, President Akufo-Addo himself who’s calling Ghanaians to adhere the COVID 19 Protocols flouted the Protocols during his campaigns.

He added that now that the election is over, he’s back to tell us to adhere to the Protocols he himself broke.

Meanwhile, Amihere has been for the past weeks the topic of discussion on social media following Johnson Asiedu Nketiah’s blast on her on TV whiles interviewing him on GhOne TV.

Serwaa realizing how annoyed the MP in his reaction was tried to play down the situation but the lawmaker wouldn’t spare her as he blasted her for falsely accusing him.