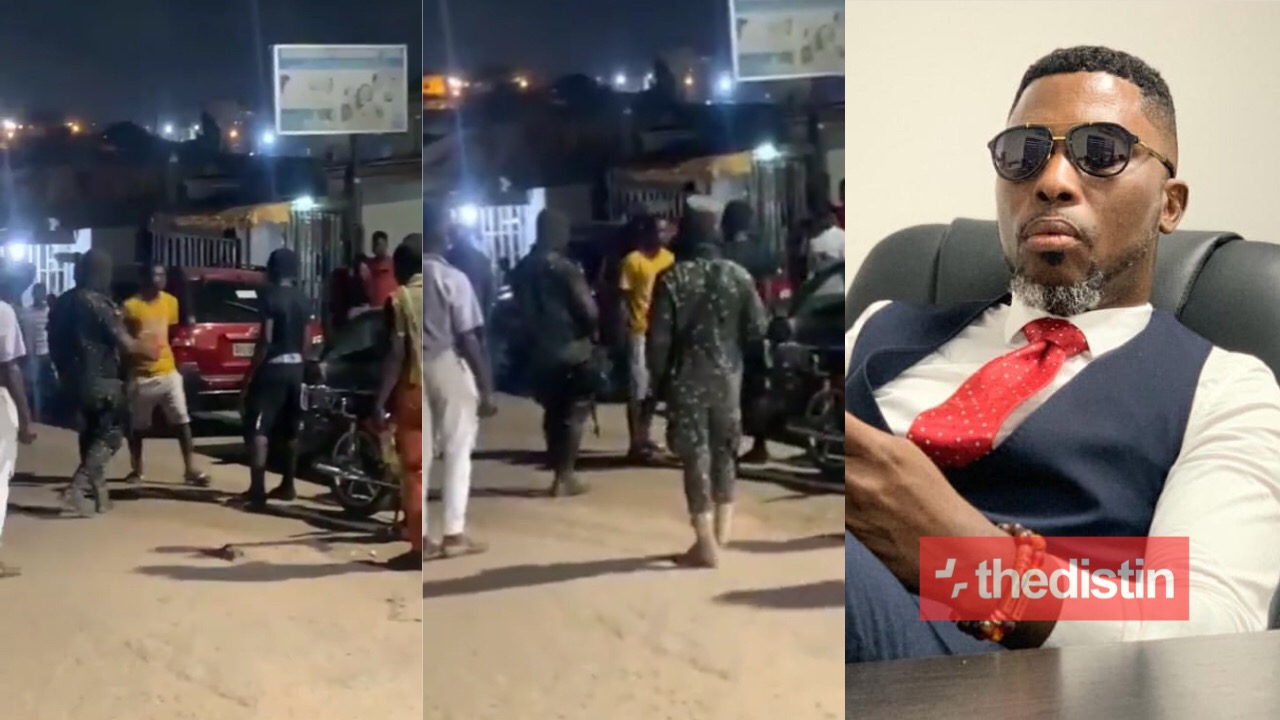 Immigration Officers have been spotted in a new video trending fast on social media asking two men to give themselves dirty slaps angers Kwame A Plus.

Political activist, Kwame A Plus has reacted to the video of the Immigration officers who asked two men they arrested in town to slap themselves.

Read Also: Fella Makafui Reveals Why She & Medikal Named Their Daughter “Island” And Plans On Building A School In Her Name | Video

In the video, the reasons as to why the immigration officers asked the two men to slap themselves was not revealed.

The two men were surrounded by other people as they were slapping themselves under the command of the immigration officers.

Read Also: “Silly Girl” – Angry Netizens React After Photos Of A Curvaceous Teacher In The Classroom With Her Students Went Viral (Photos)

Where they (the immigration officer) felt the two men were just playing, they slapped them as an illustration on how hard they are to slap each other.

The video has received negative reactions from Ghanaians and the latest to react is Political activist, Kwame A Plus.

In a post via social media, he noted that Ghanaians as we are keep fighting for ‘Black Lives Matter’ in countries such as Nigeria and America, yet, we bully ourselves down here.

“You are in Ghana condemning police brutality in America and Nigeria

This is what your brothers in Ghana go through on the streets daily. An immigration officer can just arrest two young men and ask them to slap each other. And if the slap is not hard enough as he expects, he teaches them how to slap by giving them harder ones – and this is 2021. @ghanaimmigrationservice you see what your men are doing on the street?”